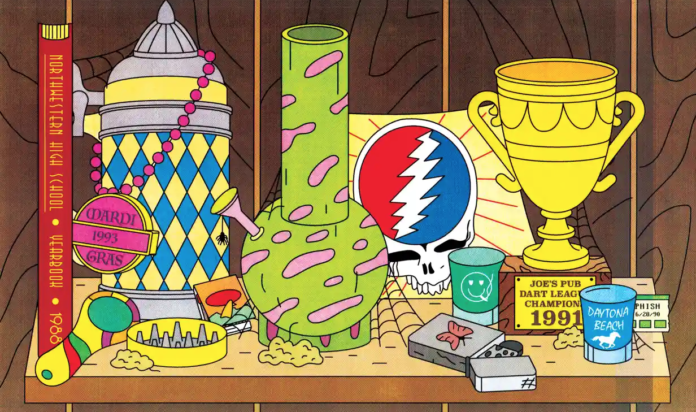 In the stoner culture that flourished under cannabis prohibition, nothing signified one’s love of the plant more clearly than the water pipes known as bongs. This was for practical as well as symbolic reasons. Bongs offer more smoke and a smoother hit than pipes or joints. Whether in use or not, they convey a clear message: marijuana is smoked here. 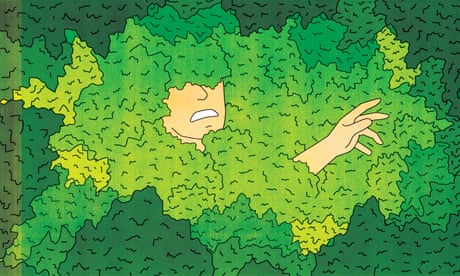 They have been used to smoke cannabis since antiquity. When someone is sucking on a bong, mouth agape inside a glass tube, it’s a pose of the purest hunger, like a baby goat sucking on an udder. Users often named their bongs. To the fraternity of underground cannabis users, they were akin to sacred totems.

But with legalization under way, bongs have an image problem. The “wellness”-obsessed cannabis industry doesn’t have much use for them. Health-conscious users prefer to vape or eat cannabis than combust it. The bong as centerpiece of a room also isn’t a good fit for the industry’s new ethos, echoed in the slogan of the magazine Gossamer: “For people who also smoke weed.”

Simultaneously, the heaviest cannabis users have gravitated away from flower to stronger THC concentrates that they consume with dab rigs, contraptions that can look like bongs but are used to vaporize the drug with the help of a blow torch. Popular new products such as the PuffCo Peak and Vapexhale look like bongs and can be called bongs, but they are vaporizers, not pipes.

Even so, smoking accessories remain a sizable industry. In 2013, US head shops generated $10bn in revenue, about the same size as the 2018 legal US cannabis market.

Harrison Baum, CEO of Daily High Club, an online head shop that sends a monthly box of smoking accessories to subscribers, said today bongs were “a niche, but a very big niche”, popular with younger people and nostalgists in their 50s and 60s reliving their college days.

In four years, Baum said, the company had sold more than 300,000 bongs. Popular models include the “southern dabber”, which features a dab rig’s smaller chamber inside a bong chamber, and the “road rasta”.

Get Society Weekly: our newsletter for public service professionals

In the early days of the green rush, Jane West, an event planner and mom in suburban Denver, made a name for herself throwing upscale pot parties, at least one of which featured a working bong ice sculpture. Today she has released a line of smoking accessories, including a glass bong called a “beaker” that would look at home on a tastefully appointed shelf next to a wine decanter. Its chamber is meant to approximate a person’s lung capacity.

Meanwhile, upscale head shops have popped up in places like the Los Angeles branch of the swank department store Barney’s.

There’s a parallel with sex toys. Once hidden behind counters, they now boast serious design credentials and can be bought in attractive shops, with chipper attendants happy to “educate” consumers about their various properties. And a community of glass workers has elevated elaborate bongs into a form of folk art, with pieces by well-known artists selling for more than $10,000.

So, yes, the bong is gentrifying. And it may always have its fans – as West says: “There’s nothing that compares.” [Souce: The Guardian ]

January 19, 2020
0
Moving homes can be exciting at it’s best, and a stressful, logistical nightmare at its worst. There’s so much to think about, like what...

This Kardashian Is Taking A Step Back From ‘KUWTK’; Justin Bieber...

A beginner’s guide to building your own PC

40 years ago, scientists predicted climate change. And hey, they were...

5 Etiquette Tips In Case You Ever Meet A Royal