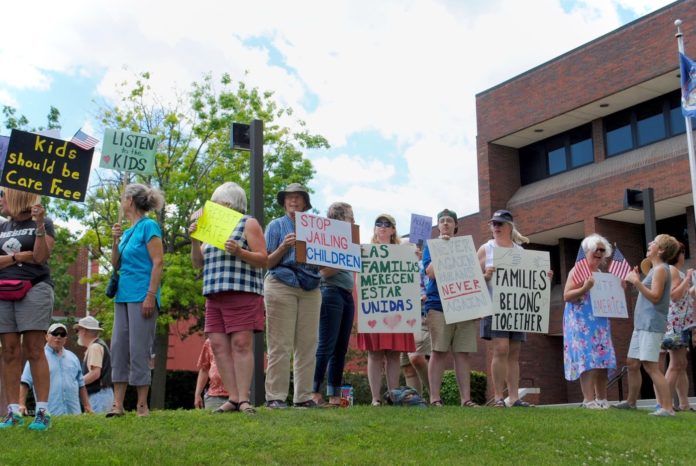 Michelle Tolosky held an American flag in one hand and a red and white megaphone in the other. She stood in front the government center in downtown Plattsburgh.

“We are here today to say, ‘No more.’ Close the camps,” Tolosky shouted. “Children do not belong in jail. This is un-American. Congress do your job and shut them down.”

Tolosky helped organize Tuesday’s event in Plattsburgh. It was one of hundreds of “Close the Camps” protests across the country organized by the national advocacy group Move On.

The protests were aimed at calling out what the group says are inhumane conditions at some detention camps along the southern border with Mexico.

“There’s no soap, toothbrushes, toothpaste, beds or even showers. Many children are sick and suffering due to the overcrowding and unclean environment.”

Those are the conditions described by a team of attorney that interviewed more than 60 children at a detention facility in Clint, Texas. The Associated Press first broke the story in late June. 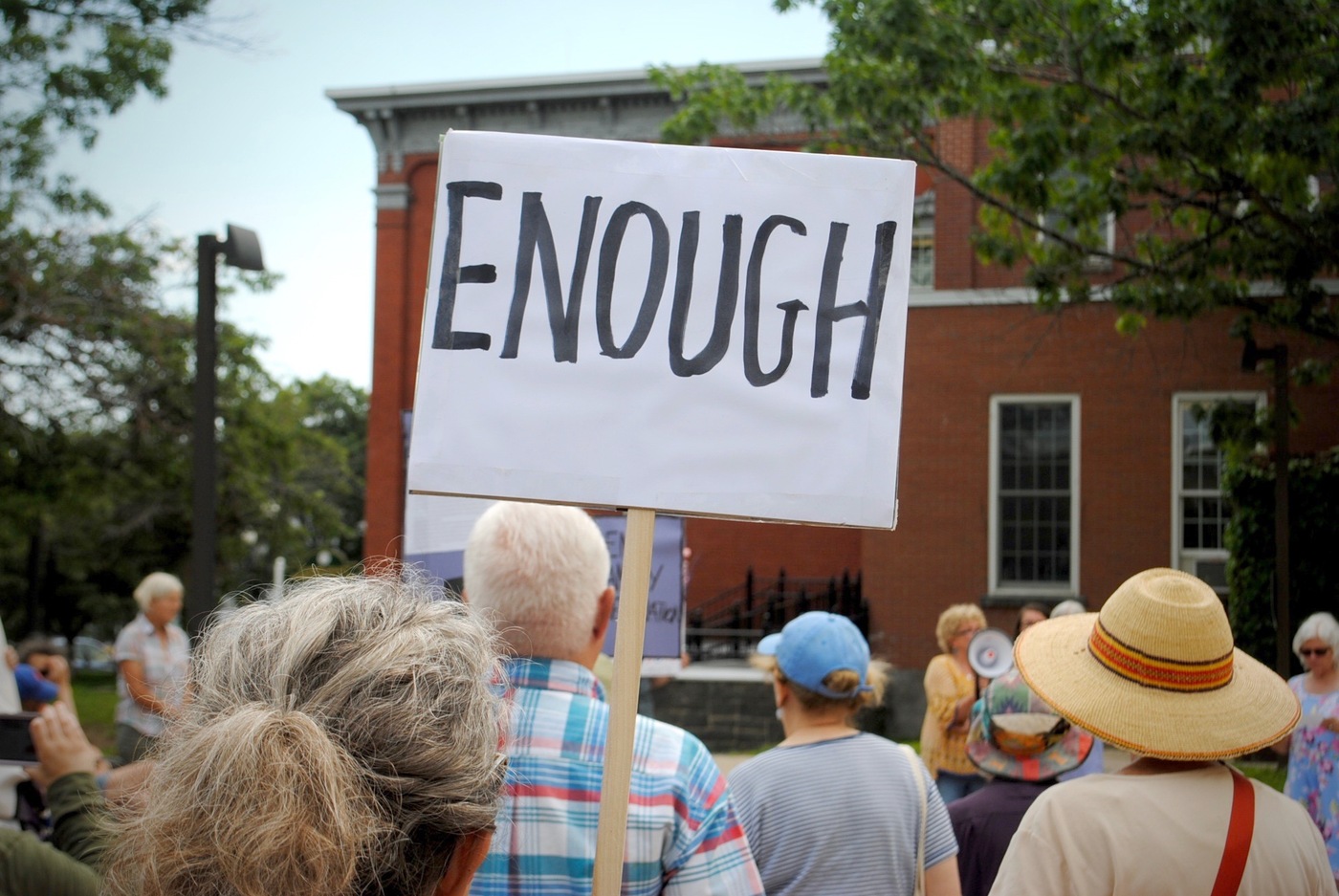 Protesters in Plattsburgh called the treatment of migrants along the southern border “un-American.” Photo: Emily Russell 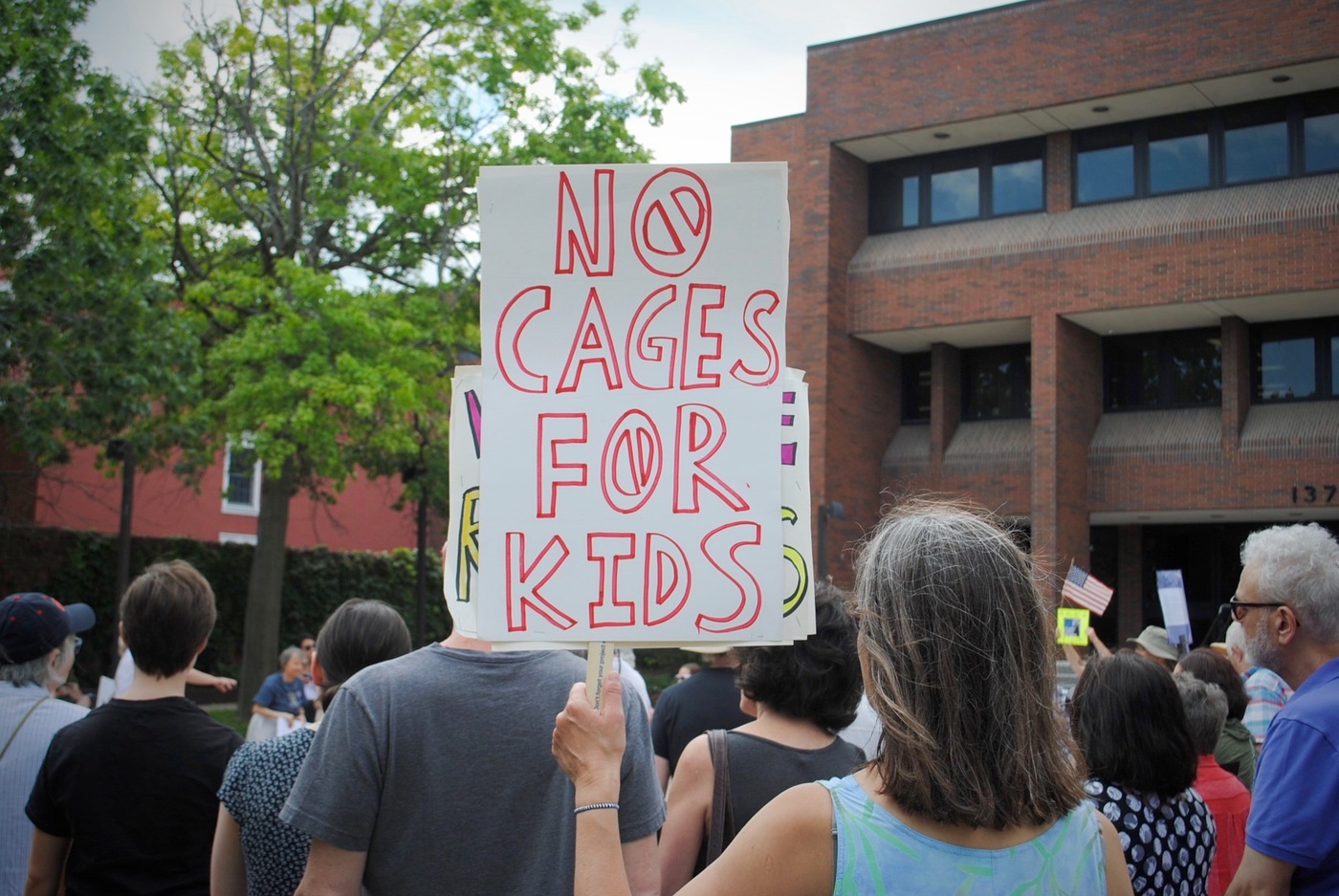 Protesters read testimonies from detained migrant children, some who described being held in a cage. Photo: Emily Russell

Migrants have experienced sickness, suffering and even death. During the Trump administration 24 migrants have died while in the custody of Immigration and Customs Enforcement. That’s according to an NBC News analysis of federal data.

Protesters in Plattsburgh read testimonies from detained migrant children collected by immigration attorneys. “We are in a metal cage with 20 other teenagers with babies and young children,” read one of the protesters. “We have one mat we have to share with each other. It is very cold.”

“Does this sound like your America?” Casey-Sanger shouted to the crowd. “No. Is this okay? No. Do we want this? No.”

A $4.5-billion bipartisan spending bill passed last week, part of which is meant to address overcrowding at detention facilities. North Country Congresswoman Elise Stefanik declined to comment for this story, but said in a statement that the spending bill addresses both border security and humanitarian needs at the border. 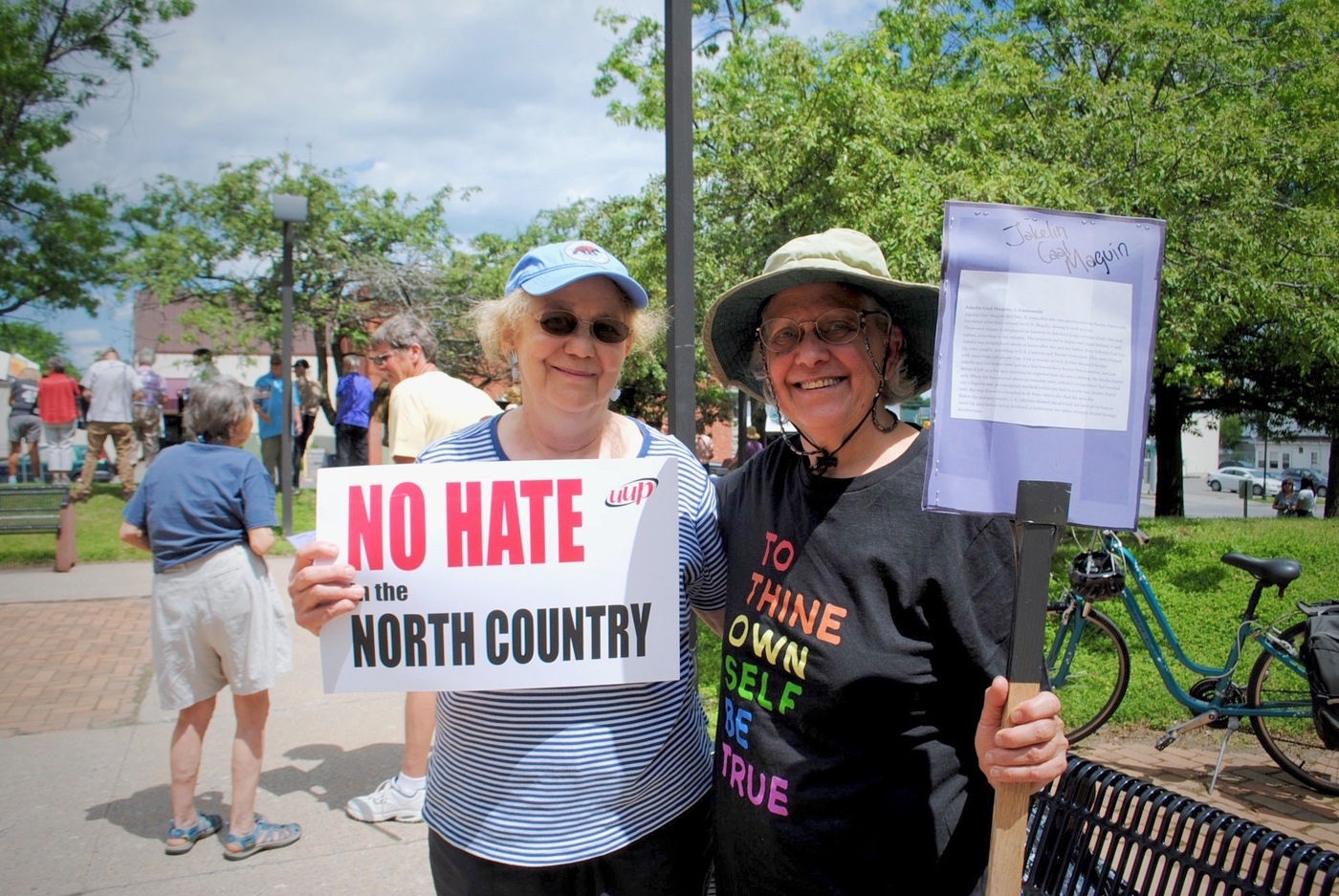 Her constituents at the Plattsburgh protest, though, are not satisfied.  Carole Slatkin came up to Plattsburgh from Essex.

At least this segment of her constituency see the treatment of migrants at the southern border as un-American.

The comparison to concentration camps

Last month New York City Congresswoman Alexandria Ocasio-Cortez went so far as to compare the experience of migrants to what Jewish people experienced in Nazi Germany. But Rep. Stefanik has condemned comparisons of U.S. detention camps to concentration camps. She’s described those comparisons as “horrific” and “inexcusable.”

Many protesters here in Plattsburgh, though, agree with the comparison. Rabbi David Kominsky is from Plattsburgh’s Temple Beth Israel.

“These are concentration camps,” said Kominsky. “On American soil, in our name, we are imprisoning children and adults without taking proper care of them.” 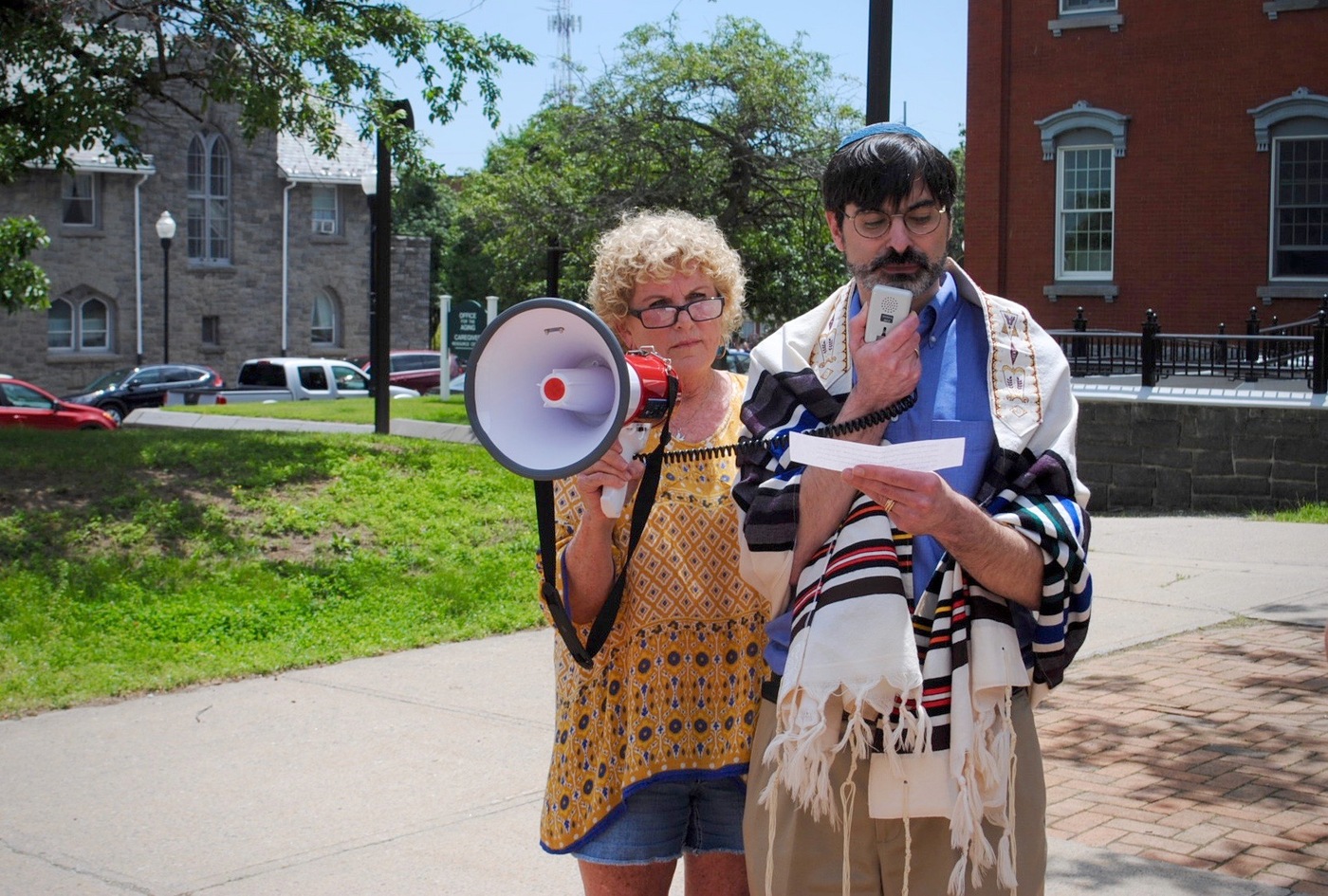 Protesters joined in a chant— “Say it loud, say it clear: Immigrants are welcome here.” That message, though, is not one that’s universally accepted in the North Country.

Confirming the conditions at migrant camps

Then candidate Trump campaigned on the promise to build a wall along the southern border and have Mexico pay for it. He won every county in the North Country except Clinton.

Elisha Harrington is from Morrisonville in Clinton County. She said the answer to the influx of immigrants across the southern border is complicated. 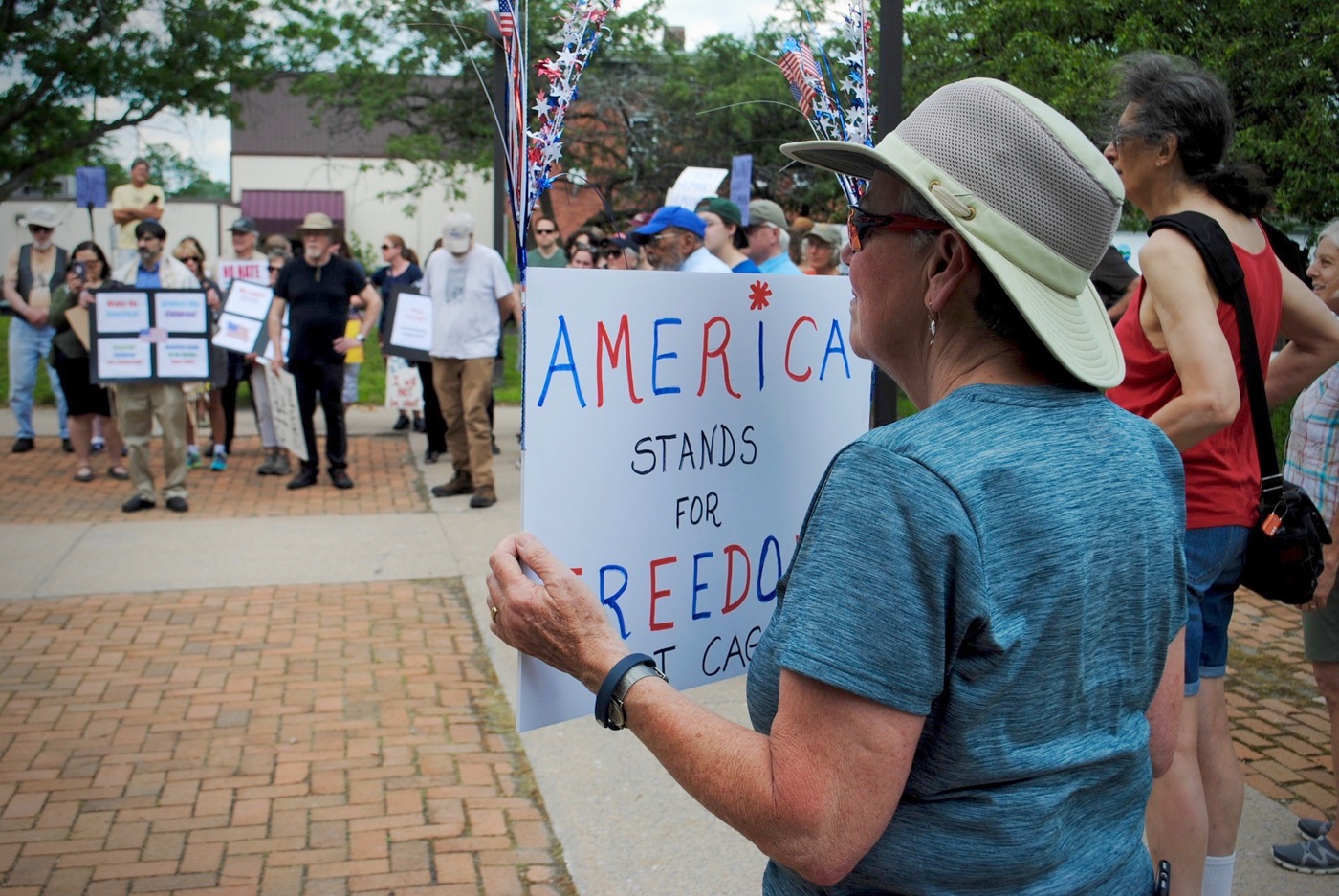 “If the mistreatment and torture that they’re experiencing is what you’re trying to put out there to say don’t come to our country anymore, that’s not our country.”

Those conditions include “dangerous overcrowding,” children going without hot meals, and what investigators describe as “an immediate risk to the health and safety” of those detained.

Ask A Doctor: Can Marijuana Enhance My Yoga Routine?

Everything you need to know about shipping container homes

June 10, 2019
1
The world is full of many stunning and surreal destinations. There are a number of places on this earth where you have to stop...