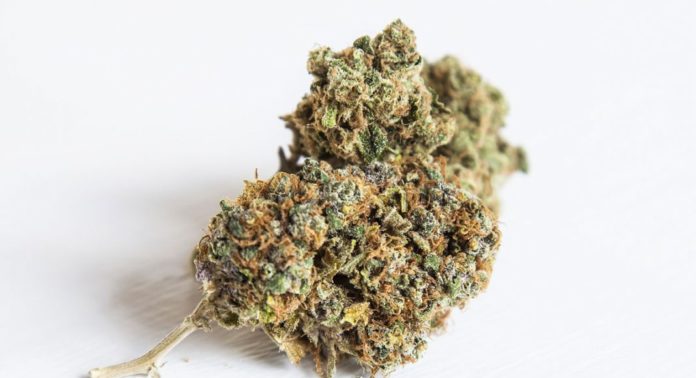 Lawmakers in Colorado are considering a measure that, if passed, could have wide-reaching implications on a controversial issue: employees facing dismissal from their places of work due to off-duty cannabis use.

House Bill 20-1089 would ban an employer from terminating a worker “for the employee’s lawful off-duty activities that are lawful under state law.” It would give Colorado employees protection from being fired for using cannabis—a lawful activity in the Centennial State—while away from work and during nonworking hours. Under the measure, any such dismissal would be considered a “discriminatory or unfair employment practice.”

While current state law prohibits employers from terminating employees for other lawful off-duty activities, including the consumption of alcohol, employers in Colorado are allowed to fire staffers for off-duty marijuana use. And the measure notes that, even if cannabis is not legal under federal law, changing the statute will bring it “into harmony with the requirements of the Colorado constitution.”

‘If someone’s able to drink while they’re at home and on their free time … then they’re not penalized with their employment.’

“It was just a glaring gap that we have here in the statute, especially when we’re supposed to regulate marijuana like we are with alcohol,” Colorado House Representative Jovan Melton, who introduced the bill, told the Denver Post. “If someone’s able to drink while they’re at home and on their free time, as long as they’re not coming into work intoxicated, then they’re not penalized with their employment.”

That was then, this is now

Sam Kamin, a professor of law at the University of Denver, has spent years looking at cannabis-related legal issues. He sees the new Colorado bill as a “statutory redo” of the Coats vs. Dish Network case.

In 2015 the Colorado Supreme Court ruled that Dish Network could fire Brandon Coats for violating the company’s drug policy, after Coats tested positive for marijuana use.

Coats is a quadriplegic who worked in the company’s call center. He started using state-issued medical marijuana in 2009 to control seizures and spasms, and informed the company he was an mmj patient. According to a USA Today article from 2015, Coats was fired after failing a drug test in 2010, despite the fact that the company acknowledged there was no evidence the employee was under the influence at work. Coats filed a wrongful termination claim against Dish Network. But in its ruling, the state supreme court determined that Colorado’s off-duty conduct statute doesn’t apply to marijuana use because cannabis remains prohibited by federal law.

“So this bill is essentially to clarify or state that that’s not what the legislature meant—or that’s what it meant then, but it doesn’t mean that now,” Kamin told Leafly.

Other states have been grappling with variants of this issue. Last June Nevada became the first state to stop employers from denying jobs to people who test positive for marijuana in pre-employment drug screenings. That bill, Assembly Bill No. 132, (which does not apply to firefighters; EMTs; federal and state workers; or employees who operate motor vehicles) went into effect on January 1.

Using cannabis without the fear of losing your job

Employers in Colorado and elsewhere are also taking note of the proposed law. “I wish this wasn’t needed, but it is needed,” said Nick Kovacevich. He’s the CEO of KushCo Holdings, a California-based company that sells packaging, containers, and other ancillary products for the cannabis industry.

“I think it should accelerate de-stigmatization, to openly use cannabis off-duty without fear of losing (your) job or being alienated in the workplace,” he told Leafly.

KushCo started in 2010 and employs about 220 people in eight states. Kovacevich said the company is “completely fine” with off-duty cannabis consumption, but it does have similar policies for cannabis use as it has for alcohol and nicotine. It also has a strict set of policies about cannabis use on the job.

“It’s an expectation thing,” he said. “Some people jumping into the cannabis industry think they can consume all day on the job. The HR (department) has had to do a lot of upfront work to basically deal with those expectations and make sure people understand that is not permitted.”Kovacevich noted his company has had some instances where people caught using, or suspected of using, cannabis have been written up, suspended from work, or, in a handful of cases, terminated from their positions.

As for the Colorado measure, Kamin doesn’t know if it will pass but he’s surprised that such a bill has taken this long to surface.

“This may raise, whether in Colorado or elsewhere, the question of whether businesses are obligated to test employees for cannabis under federal law, even in states where that conduct would be legal under state law,” he said.

“The (Colorado) legislature is final arbiter of what the legislature means,” he continued. “It could be that things have changed, and they’re much less concerned about state marijuana laws being preempted by federal law. It could be that they just think that we are far down this path; that (this measure is) not going to get undone.”

Meghan Markle Is Really Struggling With ‘The Intensity Of Spotlight’

July 26, 2019
0
As a consequence of the birth of her firstborn child and in trying to keep the affair as private as possible, Meghan Markle feels...

How To Use Marijuana In Public Housing Without Issue

How to remove your data from people-finder sites

Why Prince Harry Didn’t Go To University Like His Brother