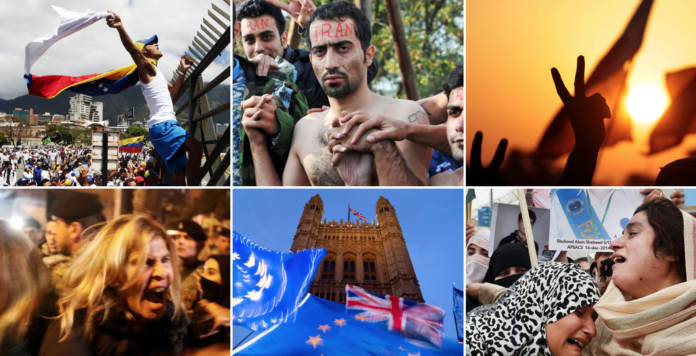 2019 has become known as a year of protest. But this year does not exist in isolation: Protests have been emblematic of the entire past decade.

The 2010s began with the Arab Spring and Occupy protests, and are ending with a swell of anti-government demonstrations in India, Iraq, Lebanon, Hong Kong, Latin America, parts of Europe and beyond. The middle years likewise were marked by major protests on multiple continents, from Iran to Ukraine, South Korea, Zimbabwe and Greece.

All decade long, people around the world — young, middle-aged and old, in places wealthy and not — poured into the streets, over and over again, insisting on economic and social equality, demanding better governance and action on a range of ills including corruption, racism, sexual abuse and climate change.

The impact and legacy of these protests will become clear in the years to come. But all made their mark on a turbulent decade, throwing into relief the issues people cared about most. Starting in 2019 and moving back, here are some glimpses from around the world, outside the United States. 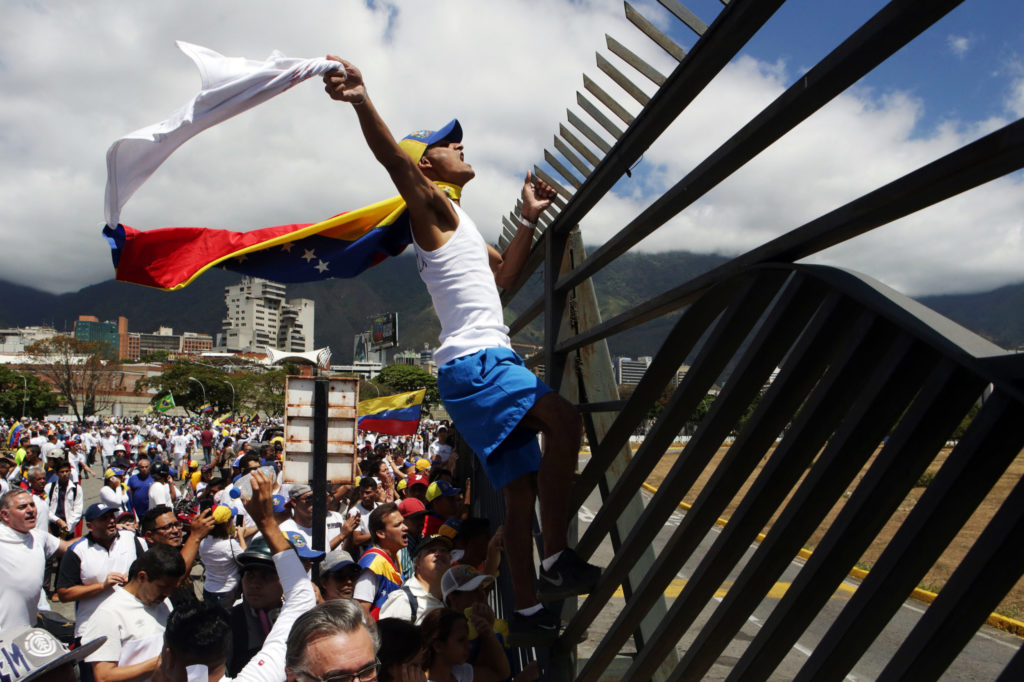 Supporters of Venezuelan opposition leader Juan Guaidó take part in a march in Caracas in February 2019. Amid Venezuela’s isolation and catastrophic economic conditions, Guaidó emerged as a key challenger to Nicolás Maduro’s rule, but has had difficulty sustaining his initial mass momentum in support. 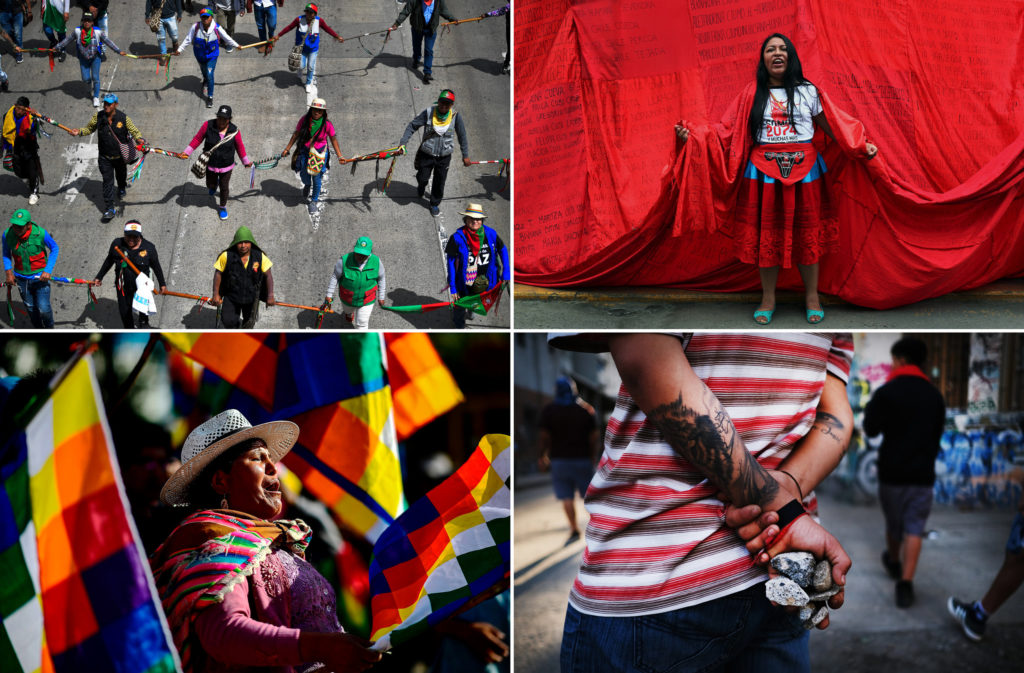 Clockwise from top left, scenes from protests roiling Latin America at the end of 2019: Indigenous people and students protest against Colombia’s government. A protester representing victims of forced sterilization marches in Lima, Peru. A man clutches a rock in Santiago, Chile, during a protest demanding an end to inequality. Supporters of Bolivia’s ousted President Evo Morales gather in Quito. 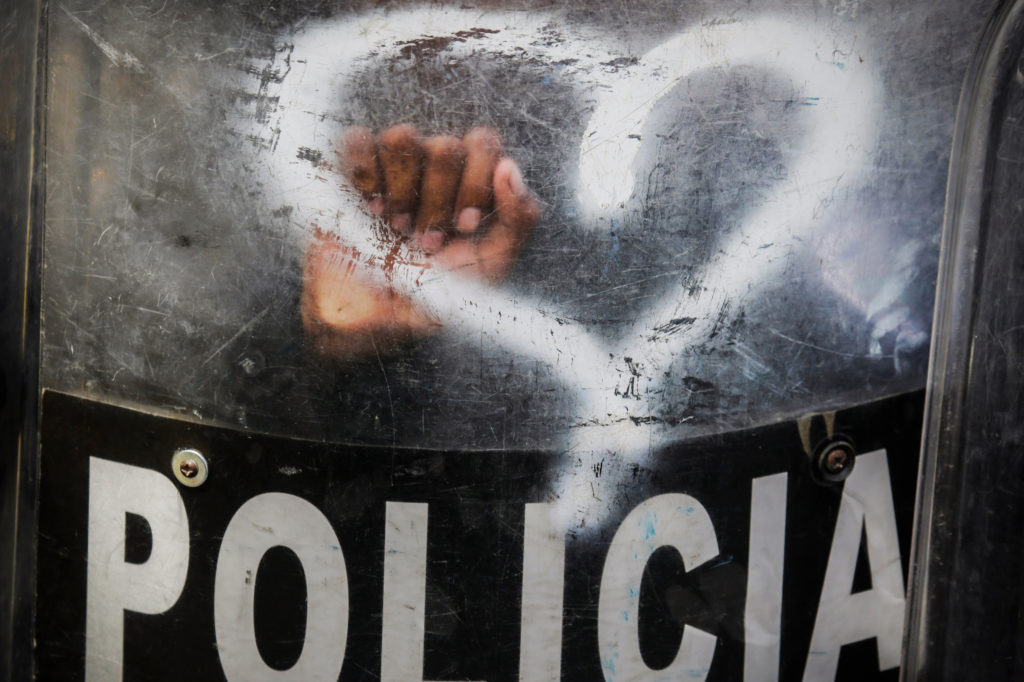 With heart-shaped graffiti spray-painted by activists on a shield, Nicaraguan riot police stand by in August 2019 as anti-government protesters in Managua call for the reinstatement of health workers who lost their jobs for assisting protesters during a deadly 2018 uprising against President Daniel Ortega. 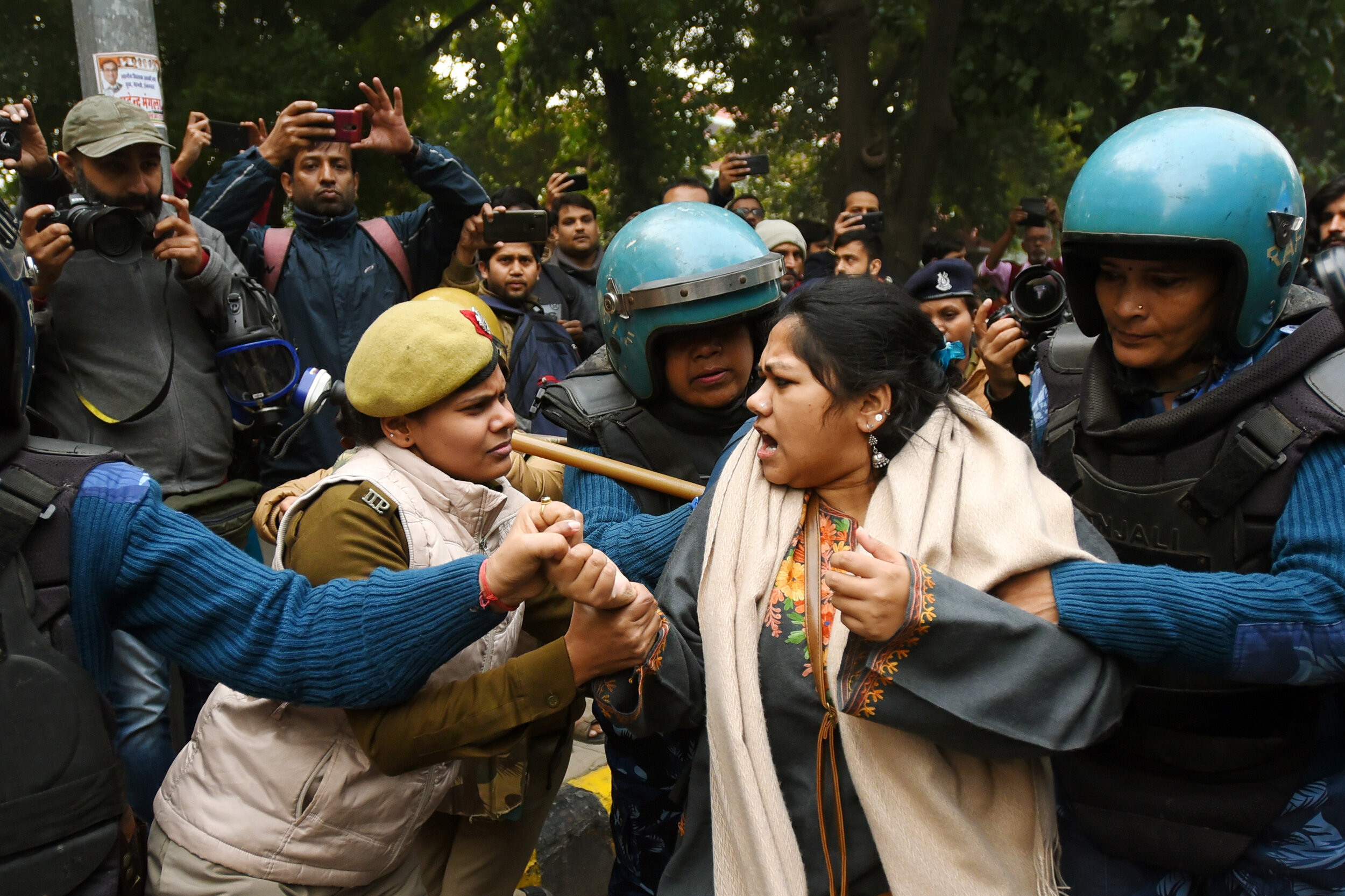 Police detain a demonstrator in New Delhi in December 2019. Countrywide protests continued throughout India in December as public anger grew over new changes to citizenship laws. 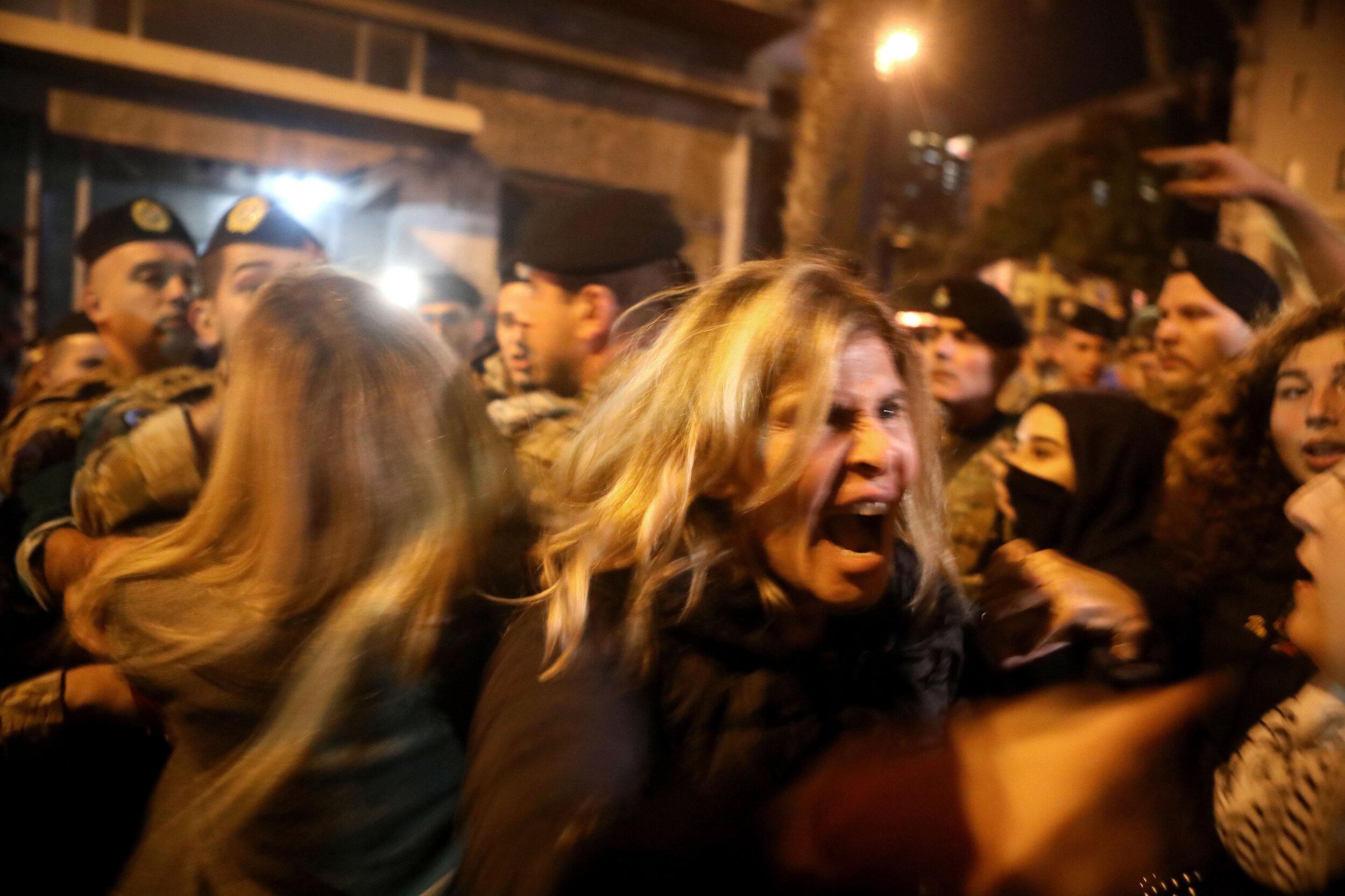 Lebanese anti-government protesters scuffle with riot police in Beirut in December 2019. The protests, which began in October, brought the country to a standstill amid a downward economic slide.

Left: European Union and British flags are flown in pro- and anti-Brexit protests outside Britain’s Parliament in October 2019. Right: Demonstrators hold flags and set off red flares during anti-Brexit and anti-austerity protests, as Britain’s Conservative Party conference gets underway in Manchester in 2017. 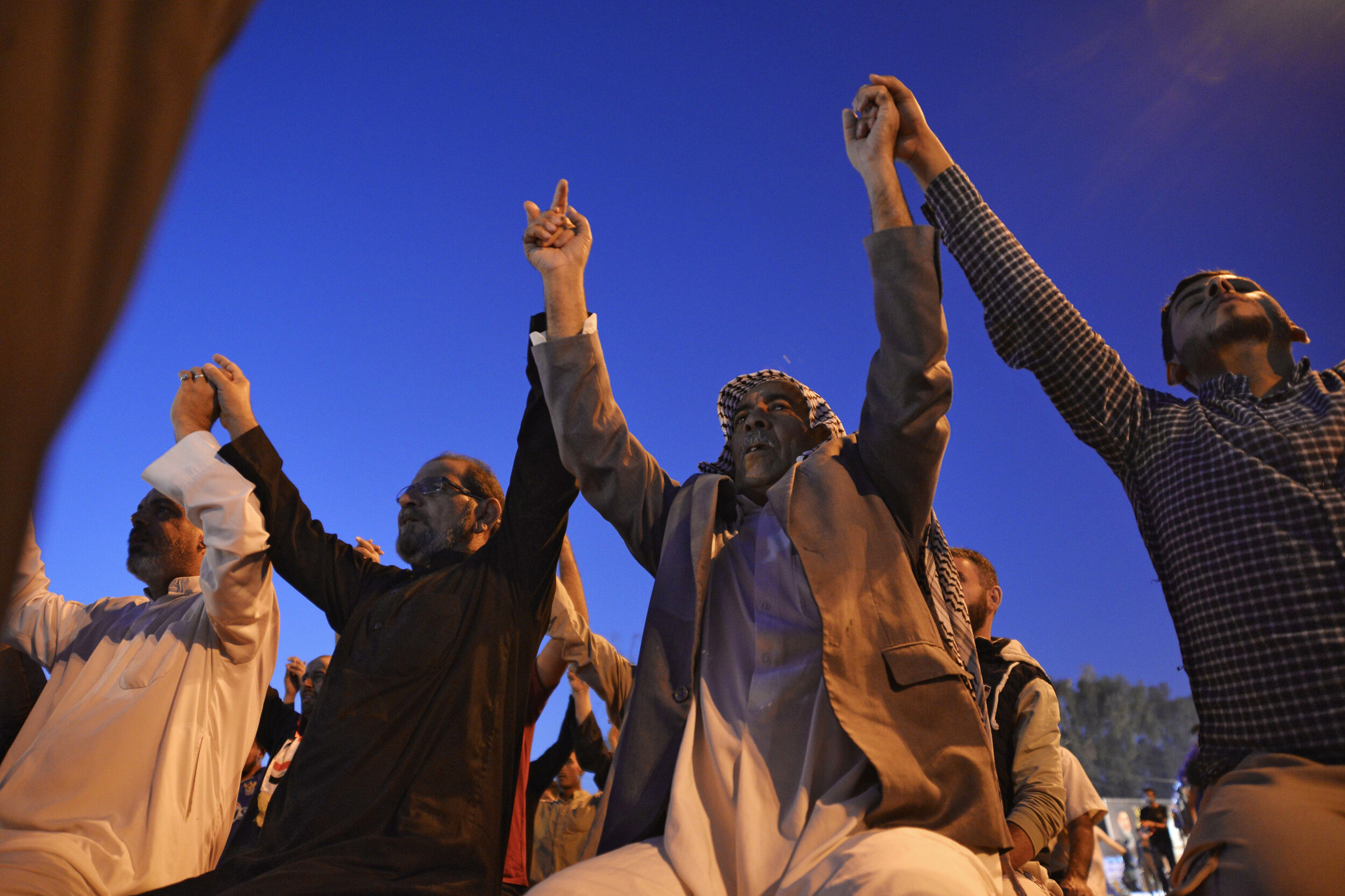 Iraqi protesters join hands after taking part in prayers during anti-government demonstrations in the Shiite holy city of Najaf, in November 2019. The anti-government protests began in October, leading to the prime minister’s resignation. 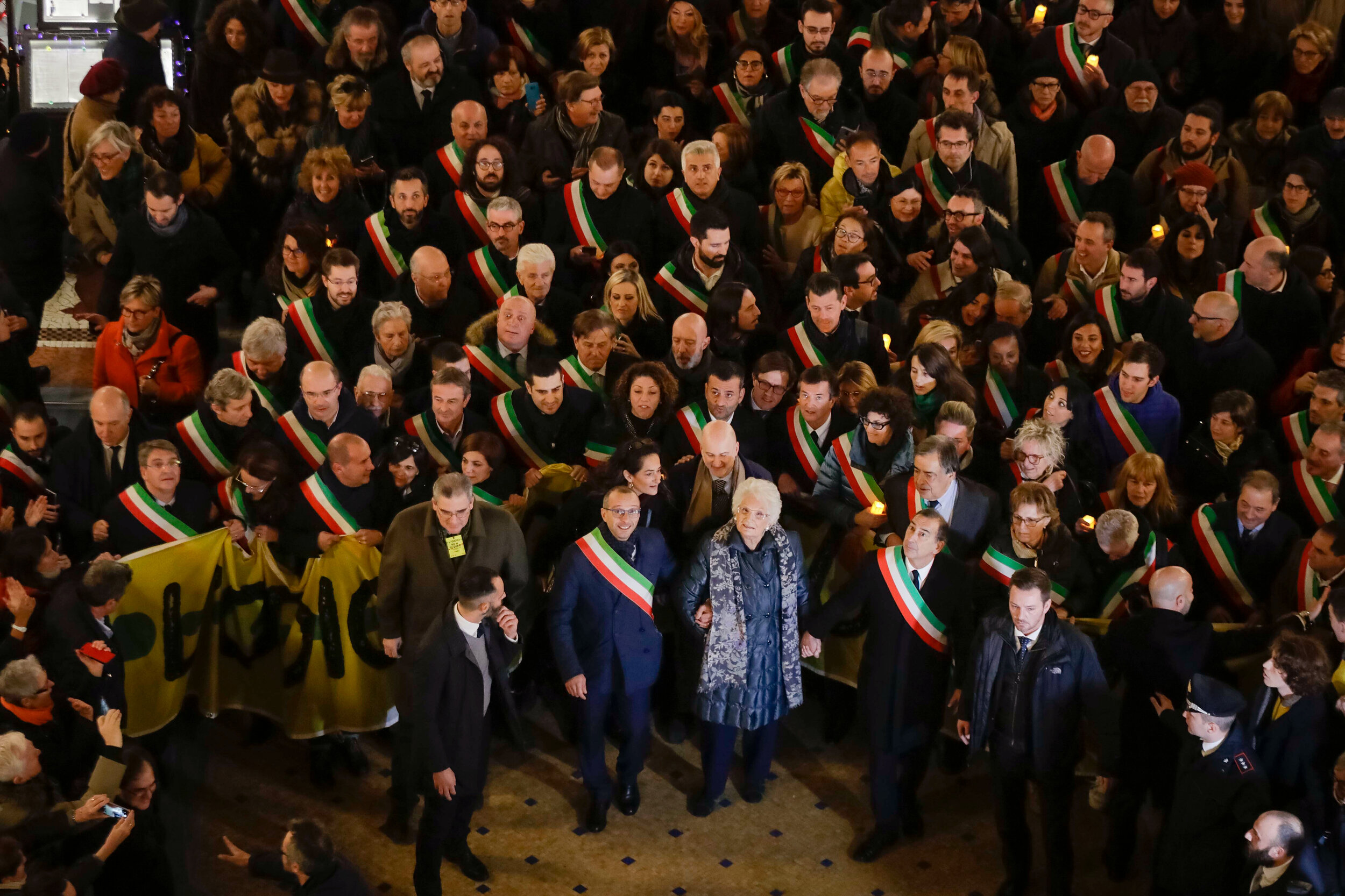 Liliana Segre (center), an 89-year-old Holocaust survivor and Italian senator for life, attends an anti-racism demonstration in Milan, joined by 600 Italian mayors, in December 2019. Amid rising nationalistic and anti-immigrant sentiment in Italy, Segre was targeted with abuse and threats after calling for an investigation into hate speech, racism and anti-Semitism. 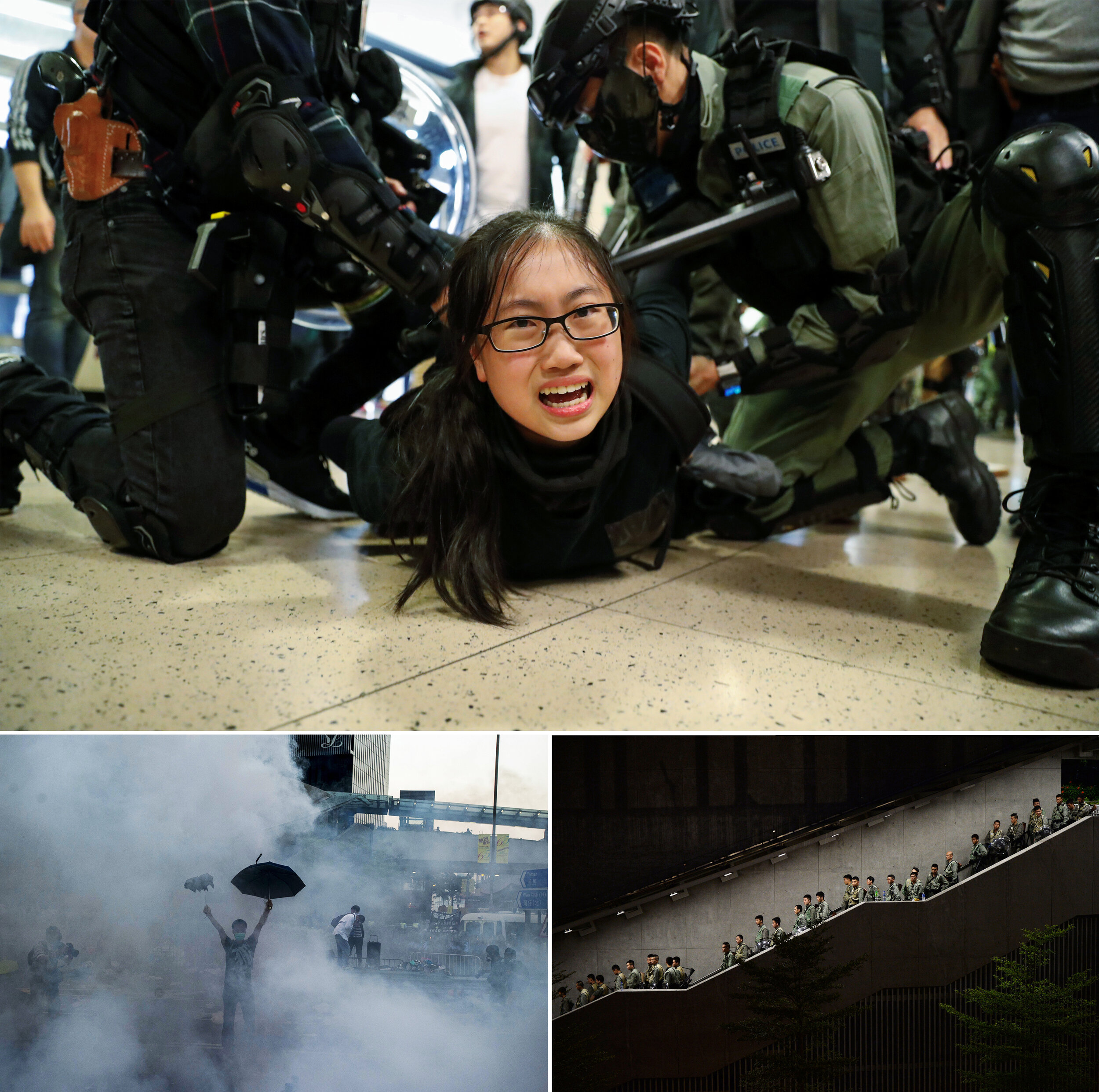 Left: Girls protest after Friday prayers in Srinagar, Indian-administered Kashmir, in September 2019. The Indian government revoked Kashmir’s special status in August and shut down Internet access in much of the region. Right: At a hospital in Srinagar, doctors and paramedics wear bandages to protest the plight of Kashmiris shot in the eyes with pellet guns in 2016. 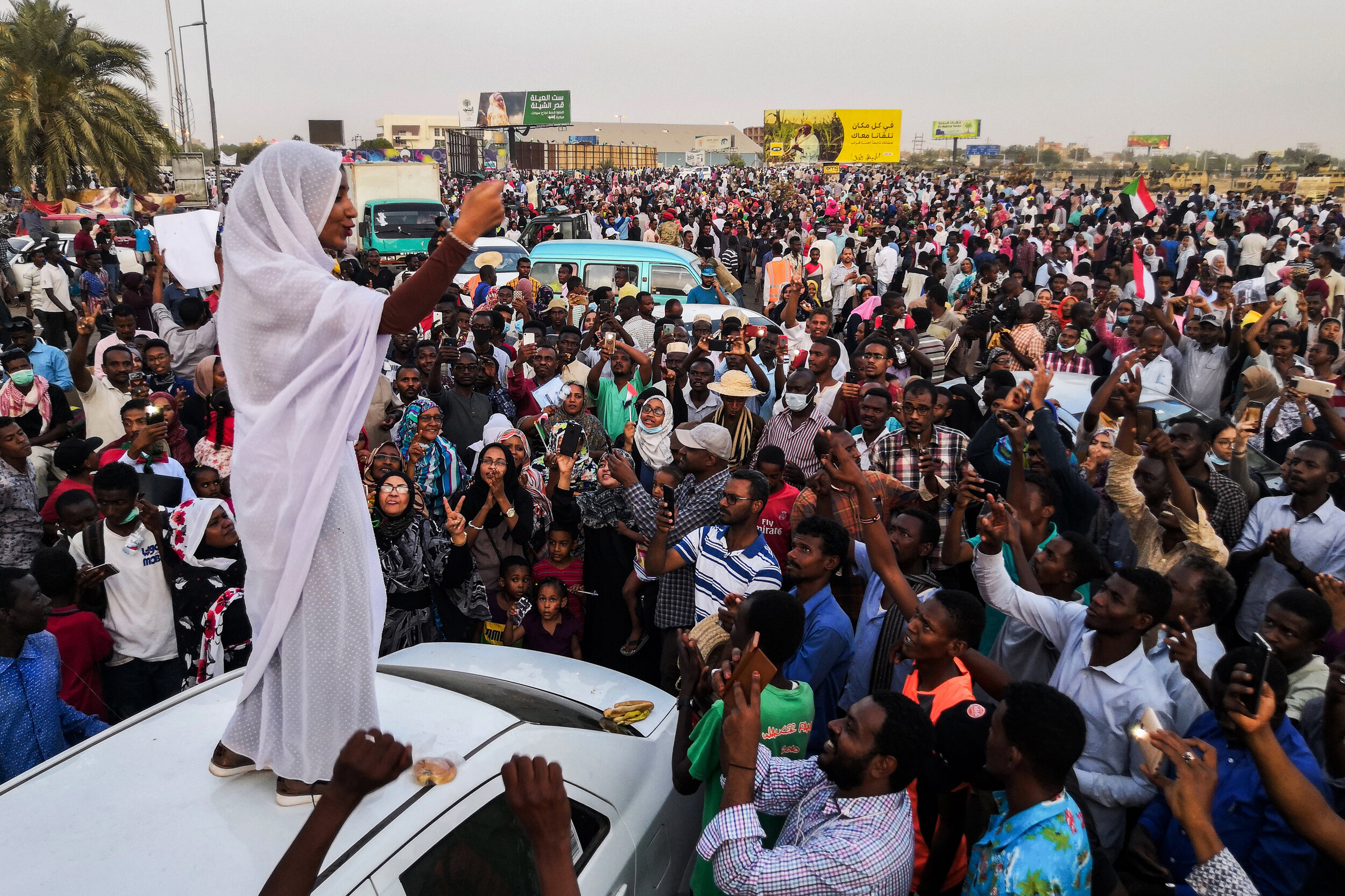 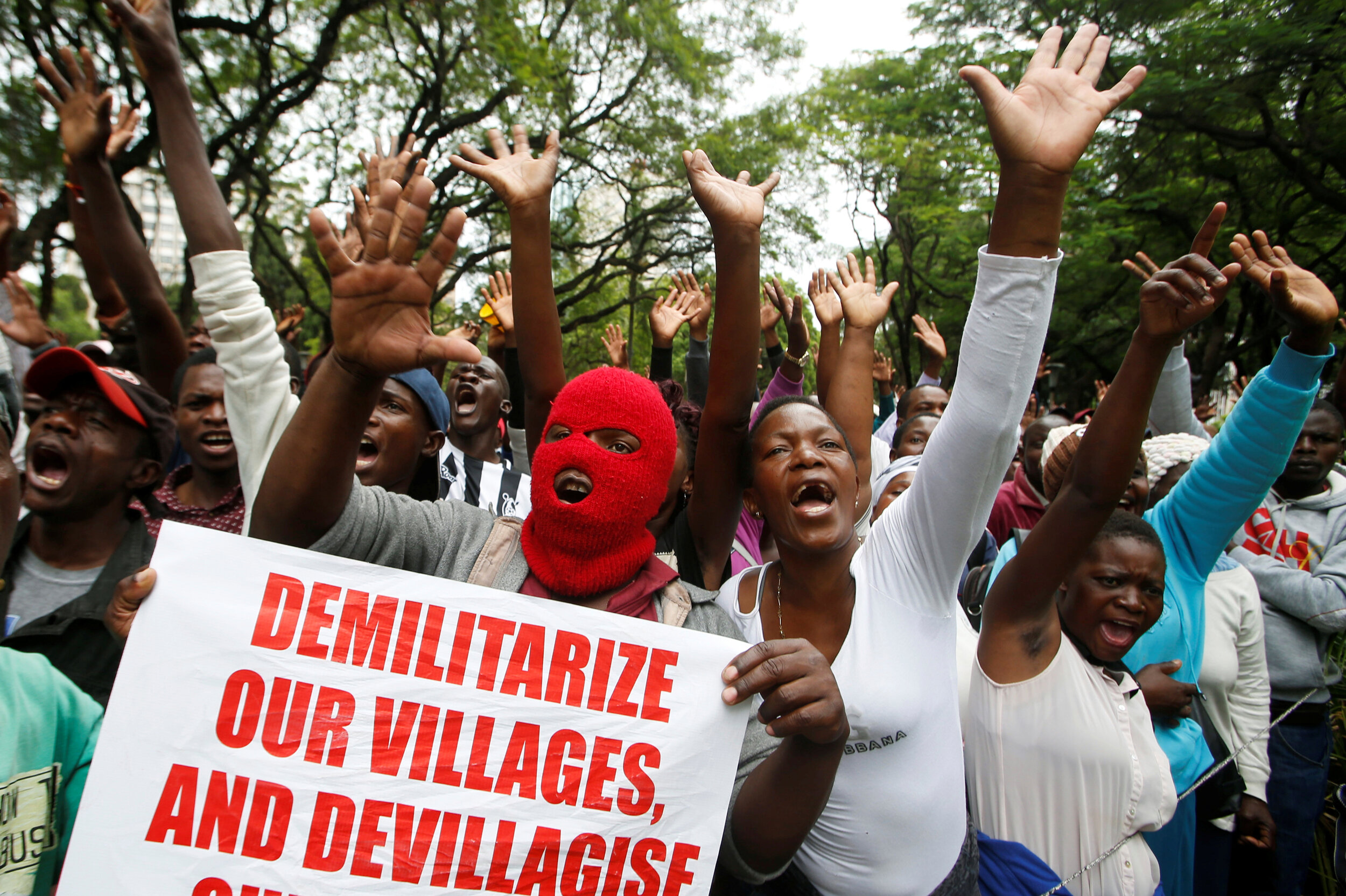 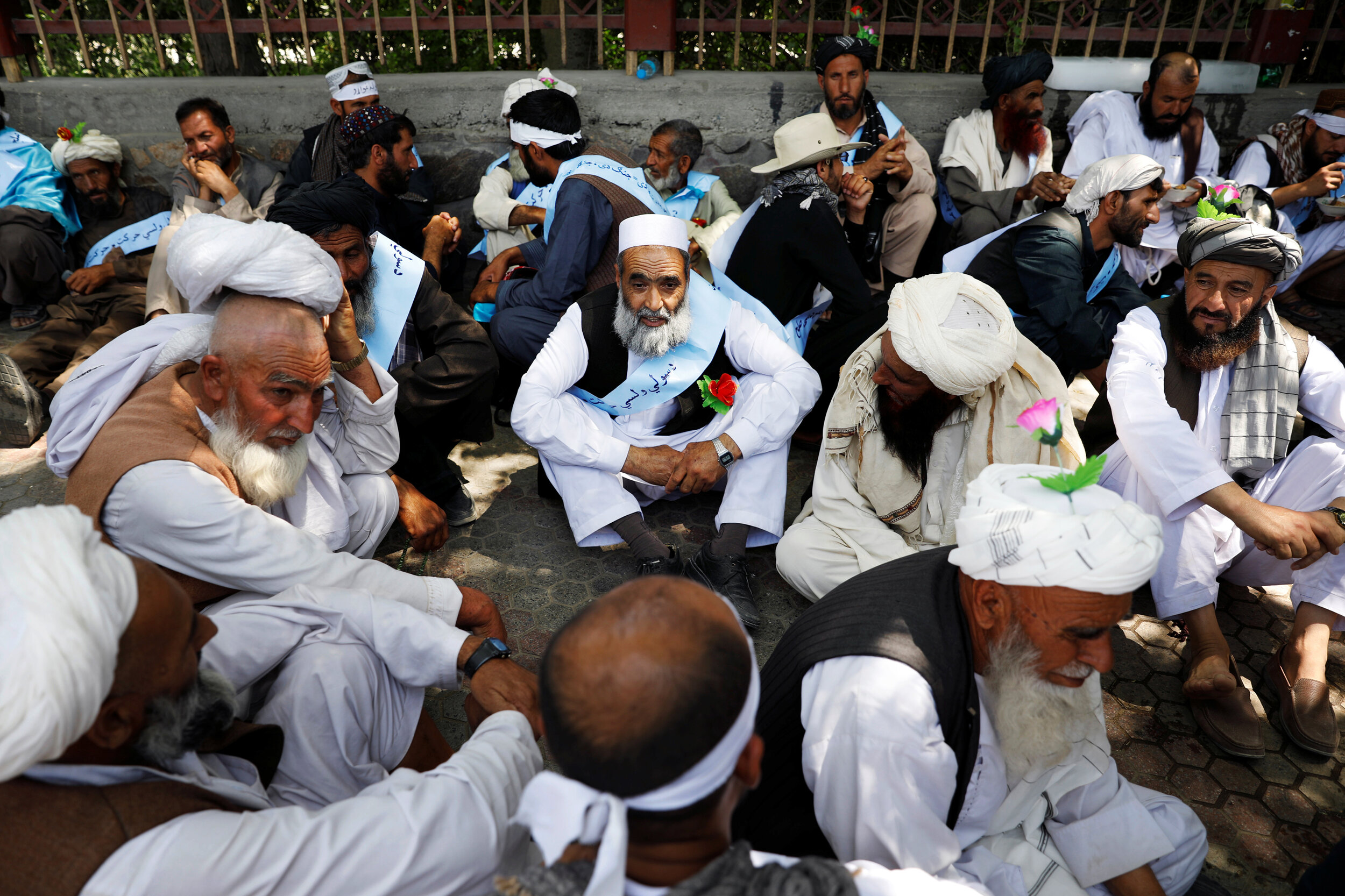 Dozens of Afghan men rest after arriving in Kabul in June 2018. The group marched hundreds of miles to demand an end to decades of conflict, from Helmand province to Kabul, and abstained from food and water during daylight hours because it was the Muslim holy month of Ramadan. As war in Afghanistan ground on throughout the decade, grassroots demands grew louder for an end to the violence. 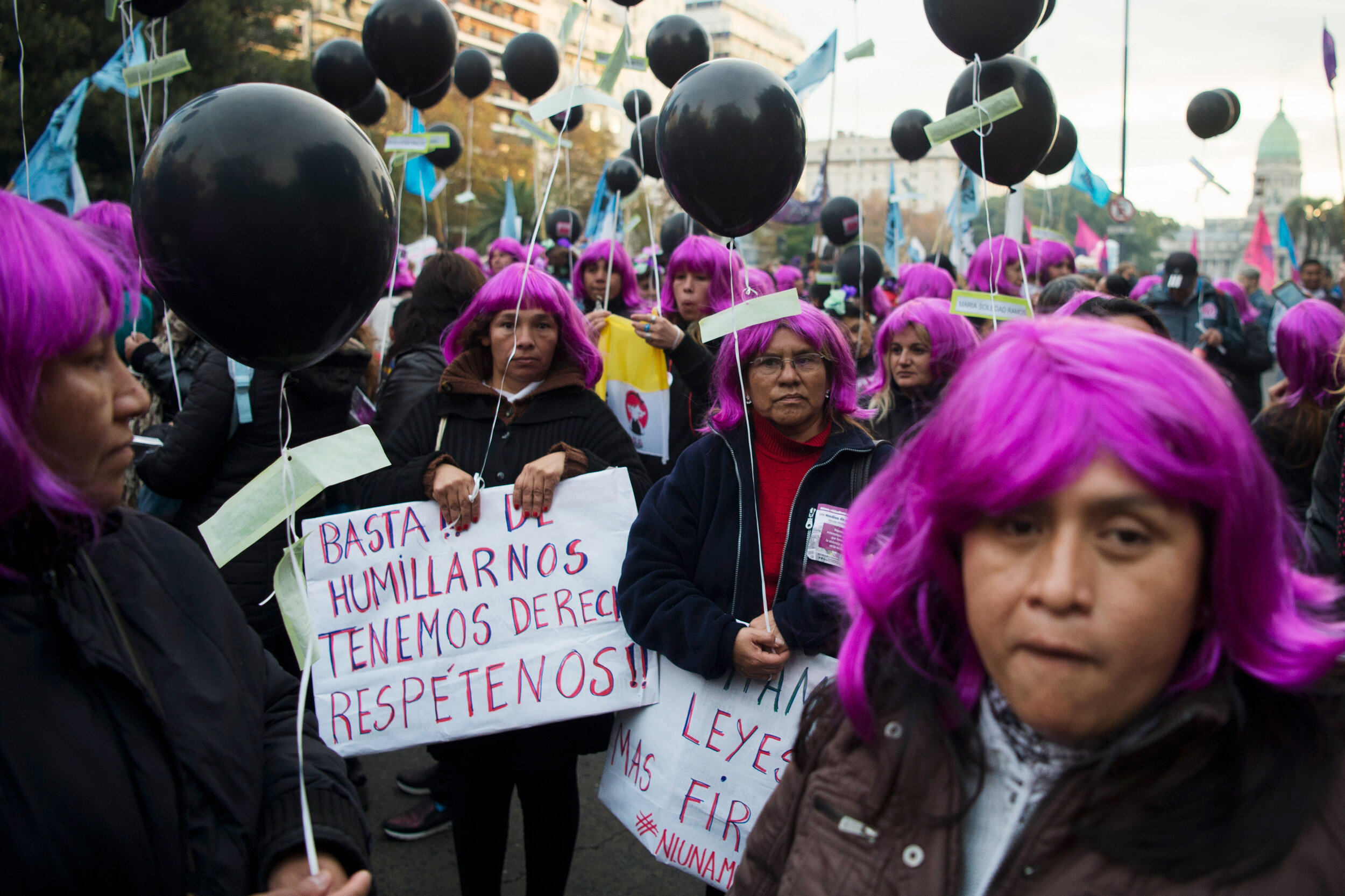 Demonstrators wearing purple wigs representing the “Ni Una Menos” (Not One [Woman] Less) movement hold signs saying “Enough humiliation, we have rights, respect us” during a June 2016 protest against violence against women in Buenos Aires, Argentina. 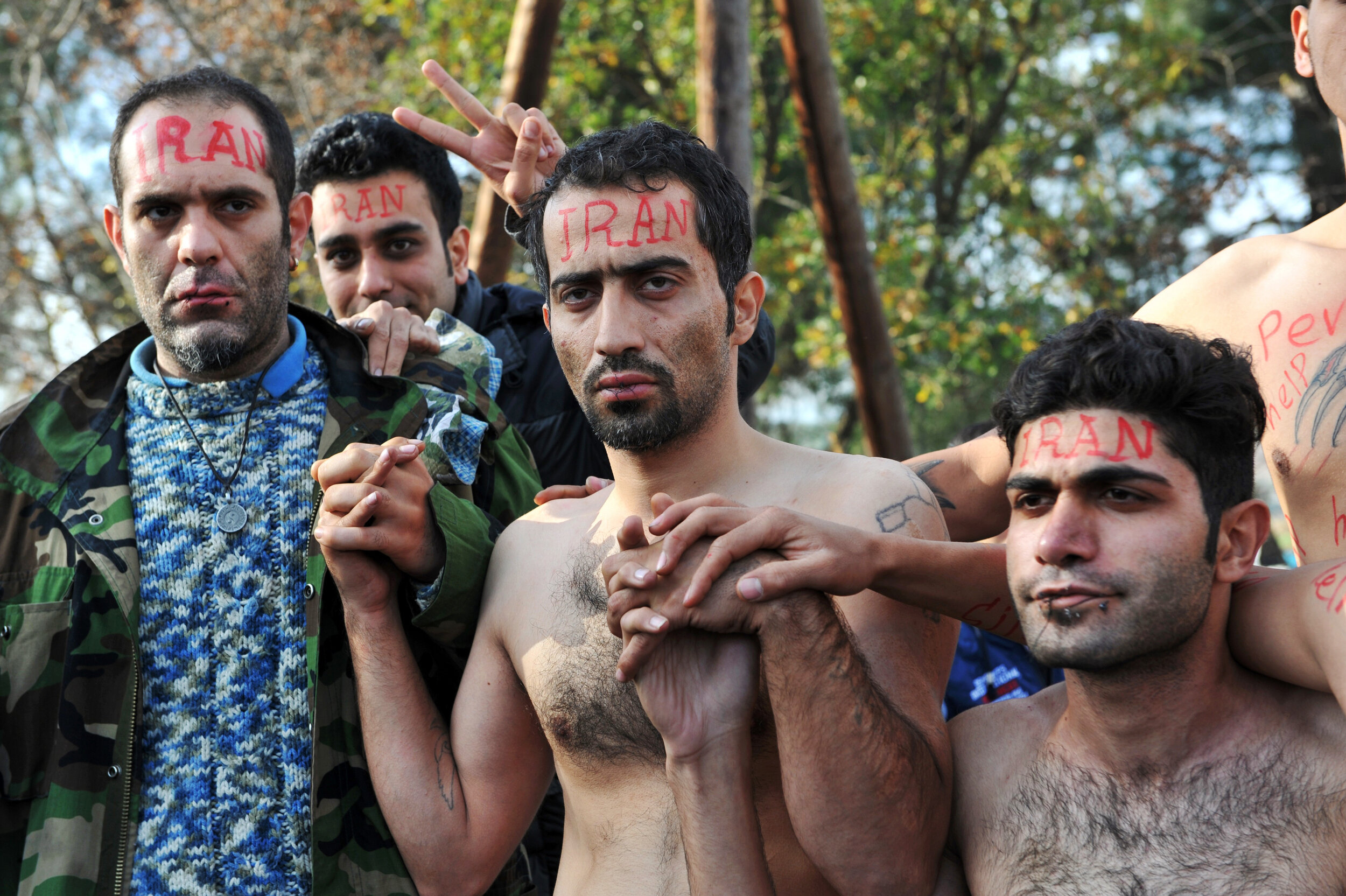 Their lips sewn shut in protest against limits on their movement, asylum-seekers from Iran wait to cross from Greece into Macedonia at the border near Idomeni, Greece, in November 2015. 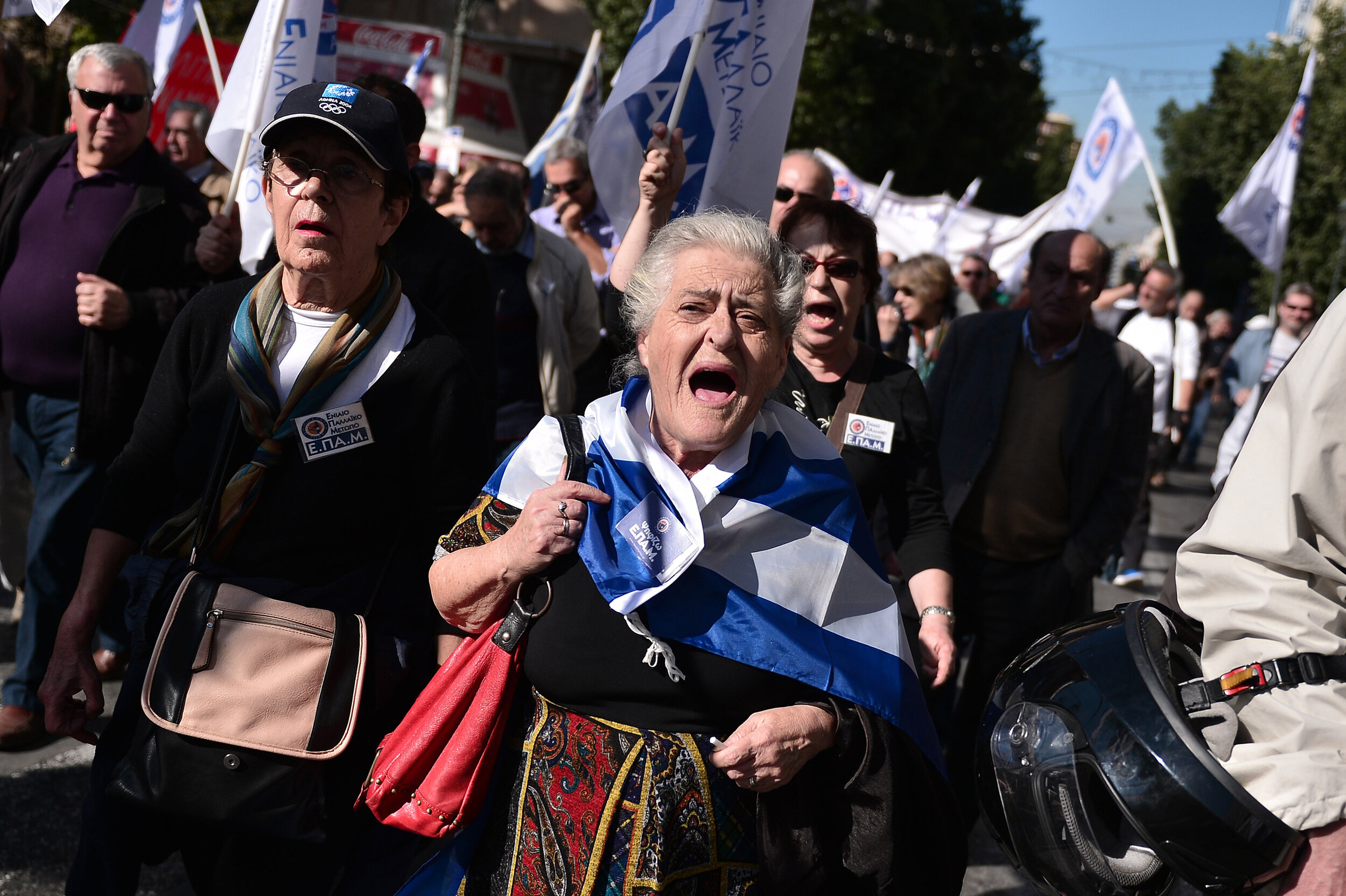 During a 24-hour general strike in Athens in 2015, thousands demonstrated against austerity and government cuts, with sporadic outbreaks of violence. The leftist government of Greek Prime Minister Alexis Tspiras was elected on an anti-austerity ticket that year. Top: Red Rebel performers from the Extinction Rebellion movement rally against climate change in October 2019 in Sydney, Australia. Bottom left: In November 2015, a man walks amid hundreds of shoes in Paris, left to protest climate inaction after marches were banned following terrorist attacks. Bottom right: Greta Thunberg leads one of her first climate strikes outside Sweden’s parliament in 2018. 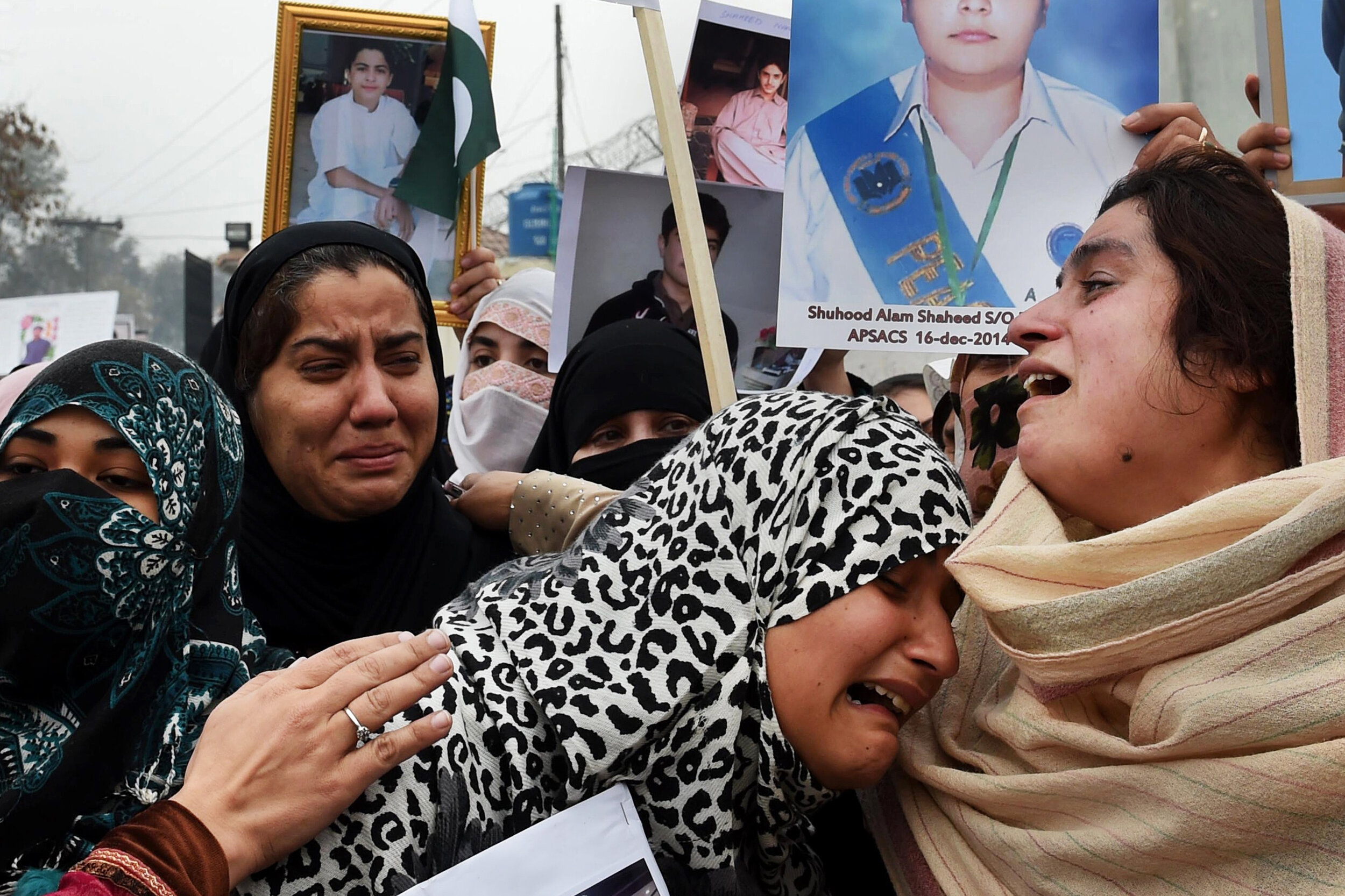 Relatives of more than 100 Pakistani schoolchildren killed in a December 2014 Taliban attack in Peshawar weep during a protest over delays in an investigation of the massacre in February 2015.

A Majeed/AFP via Getty Images 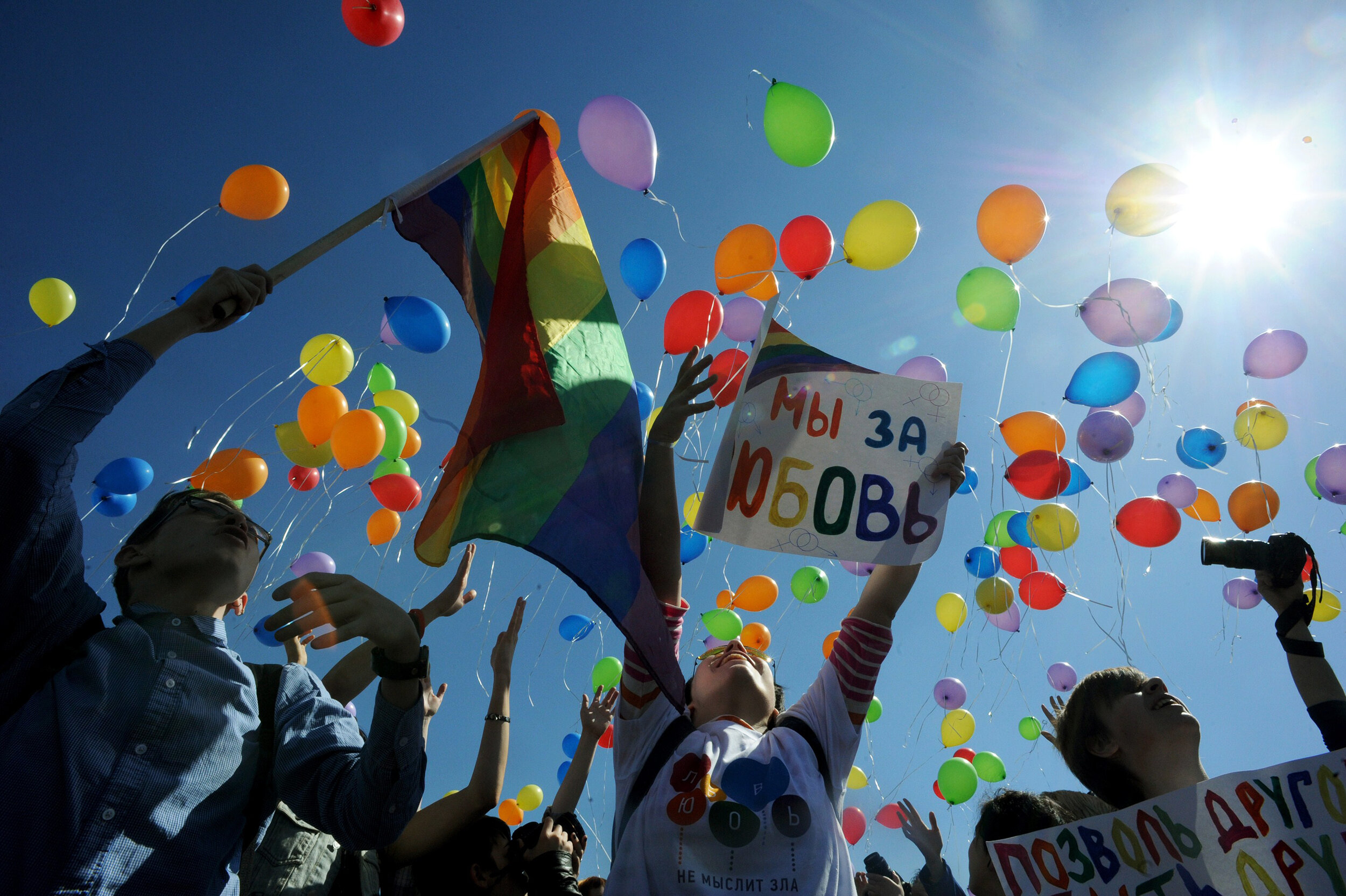 Supporters of LGBT rights in St. Petersburg, Russia, release balloons as part of a demonstration to mark World Day Against Homophobia and Transphobia in May 2014. 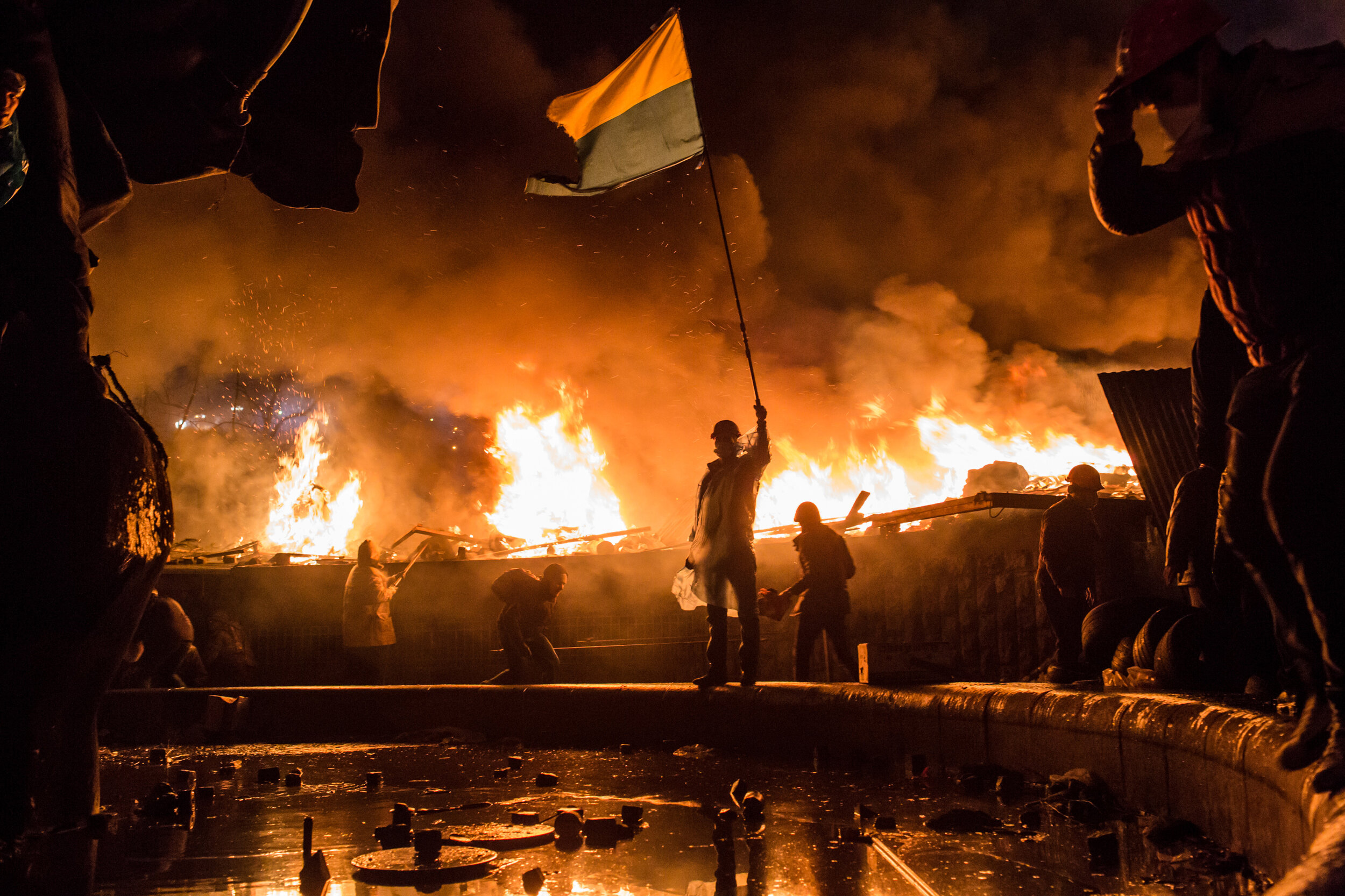 Amid fires set around Independence Square, known as the Maidan, in Kyiv, Ukraine, protesters demonstrate against the government of then-President Viktor Yanukovych in February 2014. Protesters called for Yanukovych’s ouster over allegations of corruption and abandoning a trade agreement with the European Union.

Left: Iranian students form a human chain during a protest to defend their country’s nuclear program outside the Fordo nuclear facility in Qom, November 2013. Right: An Iranian woman raises her fist amid teargas at the University of Tehran during a protest driven by anger over economic problems in December 2017. 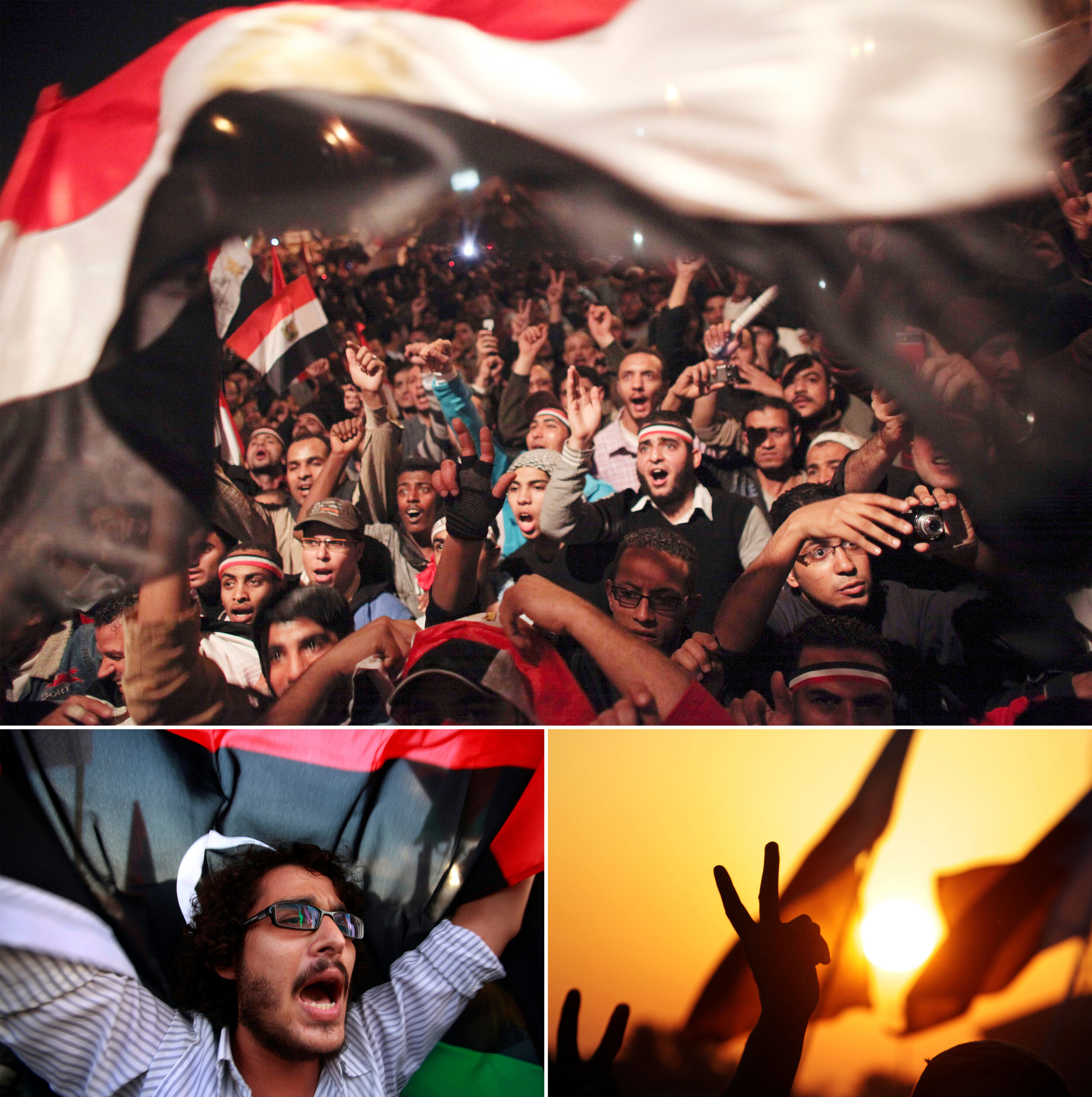 Arab Spring protests began in 2010 in Tunisia and spread throughout the region. Top: Egyptians in Cairo’s Tahrir Square celebrate the resignation of longtime President Hosni Mubarak in February 2011. Bottom left: A Libyan protester at Martyrs’ Square in Tripoli in October 2011. Bottom right: Protesters wave flags and call for the fall of Bahrain’s government in Maqsha, Bahrain, in November 2011. 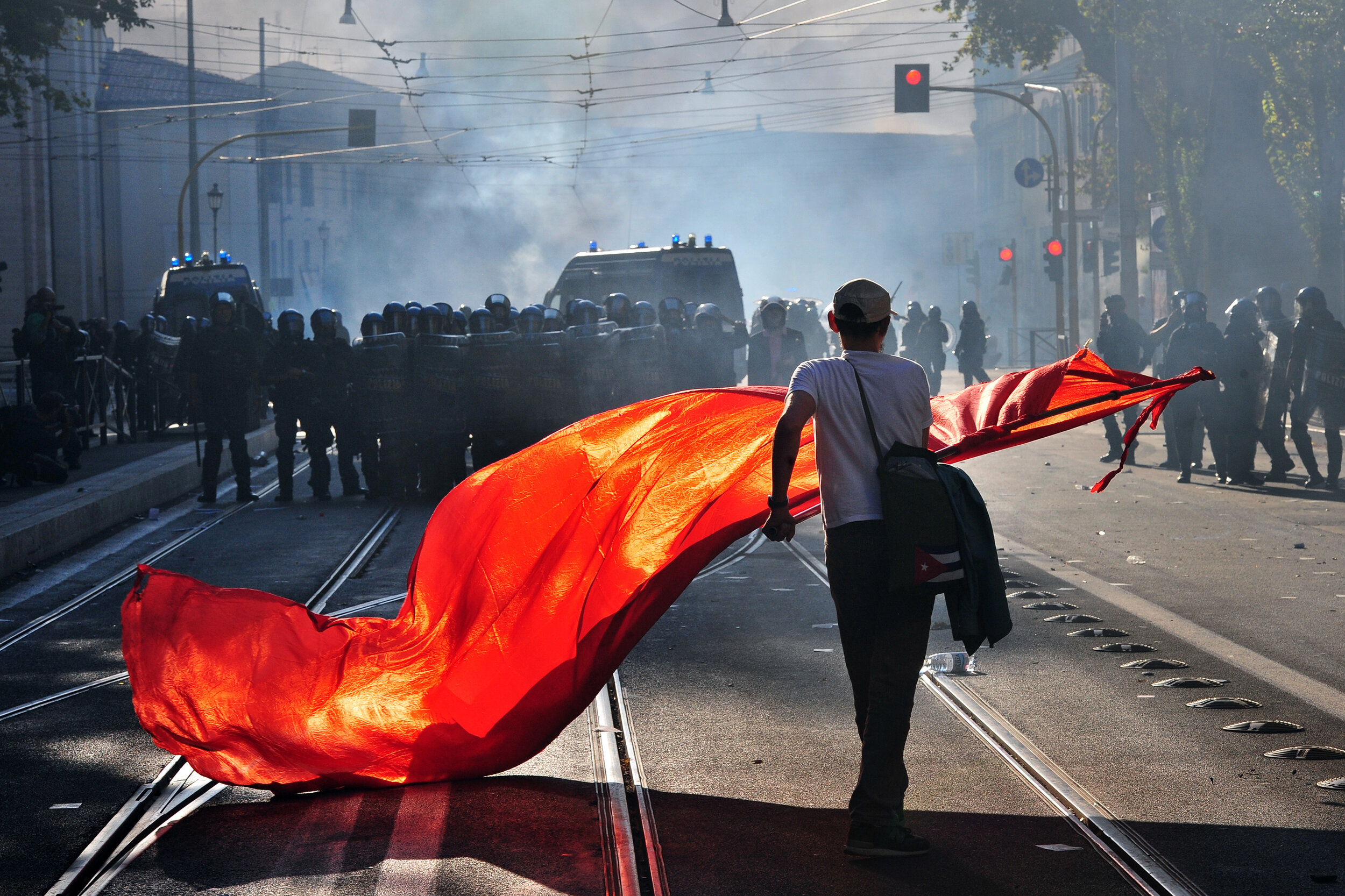 A protester waves a red flag in front of anti-riot police in Rome in October 2011. Tens of thousands marched as part of a global day of protests insp

California’s Wildfires Are 500 Percent Larger Due to Climate Change

Ta-Nehisi Coates: Reparations Are Not Just About Slavery But Also Centuries...

These Are The Top 10 Destinations In The World Right Now,...