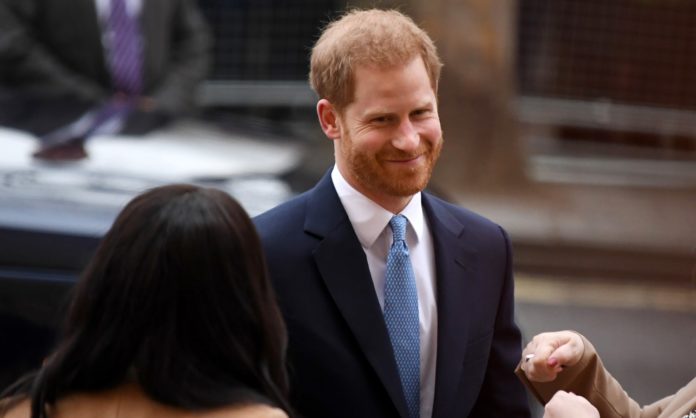 It’s always fun to wonder if celebrities smoke weed, especially if these celebs are at the forefront of our minds. Wondering if they prefer to smoke a joint or to eat an edible sounds like a healthier habit than, say, being overly curious about their eating habits and the houses they live in.

Prince Harry, new father and the most crush-worthy person in the monarchy, is one of these people. In fact, our curiosity is even stronger because he comes from a pretty traditional and conservative background. As a monarch, there’s plenty of documentation that tracks his every choice and movement. There’s thousands of pictures of him as an adorable baby boy and many many questionable ones taken during his rebellious days.

Prince Harry seems like a relaxed person, one who wouldn’t mind smoking a joint on a special occasion or when he just needs to unwind from the stressors of royal duties. A New York Times report from 2002 claims that Harry first came in contact with marijuana at age 16, when weed was found at a private party he hosted (otherwise known as a “house party” among plebeians).

“A member of the royal staff reportedly alerted Prince Charles after smelling marijuana at a Highgrove teenage party, and friends confirmed that the youth had been a regular and sometimes boisterous drinker at the Rattlebone Inn in Wiltshire,” reports the article. Then, predictably, British tabloids had to do one of theirs and award him a lame nickname. “Hash Harry.”

The report from the Times goes further, explaining that Prince Charles’s punishment was to ask Harry to spend a day in rehab, forcing him to meet with recovering addicts in hopes of teaching a lesson to his son.

More recent news regarding Harry and weed doesn’t come from sources as reputable as the New York Times and tend to involve Meghan Markle. The former actress, born and raised in California, is assumed to have progressive views on the drug, like most people under the age of 40. She also has a nephew who grows his own marijuana and who named a strain in her honor: Markle Sparkle. According to him, they’re not in contact, which makes perfect sense.

When Meghan Markle got married to her first husband in Jamaica in 2011, her wedding gift bags included marijuana. In short, it’s quite likely that Meghan, like Harry, appreciates weed every once in a while.

Unless Prince Harry walks down the street smoking a joint, there’s no way of knowing if he likes marijuana or not. Maybe, with how trailblazing the couple has been as of late, some journalist will ask them outright and they’ll say, “Hell yeah!”

This map compares each state’s math and science proficiency to other...