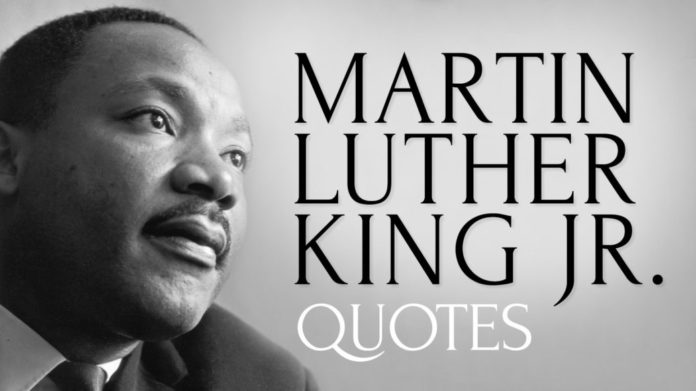 While Civil Rights activist, dreamer, and legend Martin Luther King Jr.’s birthday is actually January 15th, American public school calendars impact the date it is actually observed. Martin Luther King Jr. was born in Atlanta, Georgia on January 15th, 1929. He was a pivotal advocate for African Americans during the Civil Rights Movement in the United States.King experienced racism from an early age, and those events stayed with and eventually brought him to a life of activism. After graduating college with a doctorate degree in theology, King became a pastor in Alabama. He began a series of peaceful protests in the south that eventually changed many laws dealing with the equality of African Americans. King gave hundreds of moving speeches across the country, and in 1964 was awarded the Nobel Peace Prize.

The moral arc of the universe is long, but it bends toward justice.

Let us all hope that the dark clouds of racial prejudice will soon pass away and the deep fog of misunderstanding will be lifted from our fear-drenched communities, and in some not too distant tomorrow the radiant stars of love and brotherhood will shine over our great nation with all their scintillating beauty.

As long as the mind is enslaved, the body can never be free. Psychological freedom, a firm sense of self-esteem, is the most powerful weapon against the long night of physical slavery.

Sooner or later all the people of the world will have to discover a way to live together in peace, and thereby transform this pending cosmic elegy into a creative psalm of brotherhood. If this is to be achieved, man must evolve for all human conflict a method which rejects revenge, aggression and retaliation. The foundation of such a method is love.

Even in the inevitable moments when all seems hopeless, men know that without hope they cannot really live, and in agonizing desperation they cry for the bread of hope.

When our days become dreary with low-hovering clouds of despair, and when our nights become darker than a thousand midnights, let us remember that there is a creative force in this universe, working to pull down the gigantic mountains of evil, a power that is able to make a way out of no way and transform dark yesterdays into bright tomorrows.

There is little hope for us until we become toughminded enough to break loose from the shackles of prejudice, half-truths, and downright ignorance. The shape of the world today does not permit us the luxury of softmindedness. A nation or a civilization that continues to produce softminded men purchases its own spiritual death on an installment plan. 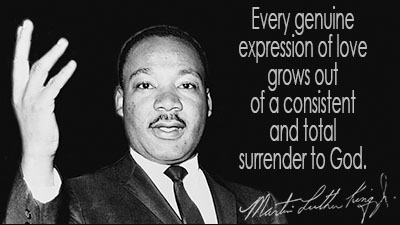 I feel that non-violence is really the only way that we can follow because violence is just so self-defeating. A riot ends up creating many more problems for the negro community than it solved. We can through violence burn down a building, but you can’t establish justice. You can murder a murderer, but you can’t murder murder through violence. You can murder a hater, but you can’t murder hate. And what we’re trying to get rid of is hate, injustice, and all of these other things that continue the long night of man’s inhumanity to man.

We have lived so long with this idea with people saying it takes time and wait on time, that I find it very difficult to, to adjust to this. I mean, I, I get annoyed almost when I hear it, although I know it takes time. But the people that use this argument have been people so often who, who really didn’t want the change to come, and gradualism for them meant a do nothing-ism, you know, and the standstill-ism, so that it has been a revolt, I think, against the idea of a feeling on the part of some that you can just sit around and wait on time, when, actually, time is neutral. It can be used either constructively or destructively.

Justice is love correcting that which revolts against love.

If physical death is the price that a man must pay to free his children and his white brethren from a permanent death of the spirit, then nothing could be more redemptive.

I think it’s a real problem. And I think the only answer to this problem is the degree to which the nation is able to go; I should say the speed in which we move toward the solution of the problem. The more progress we can have in race relations and the, the more we move toward the goal of an integrated society, the more we lift the hope, so to speak, of the masses of people. And it seems to me that this will lessen the possibility of sporadic violence. On the other hand, if we get setbacks and if something happens where the Civil Rights Bill is watered down, for instance, if the Negro feels that he can do nothing but move from one ghetto to another and one slum to another, the despair and the disappointment will be so great that it will be very difficult to keep the struggle disciplined and nonviolent. So I think it will depend on the rate of progress and the speed, and recognition on the part of the white leadership of, of the need to go on and get this problem solved and solved in a hurry.

I must confess that, ahh … that dream that I had that day has in many points turned into a nightmare. Now I’m not one to lose hope. I keep on hoping. I still have faith in the future. But I’ve had to analyze many things over the last few years and, I would say, over the last few months. I’ve gone through a lot of soul searching and agonizing moments, and I’ve come to see that we have many more difficult days ahead. And some of the old optimism was a little superficial, and now it must be tempered with a solid realism. And I think the realistic fact is that we still have a long, long way to go.

Let no man pull you so low as to hate him. 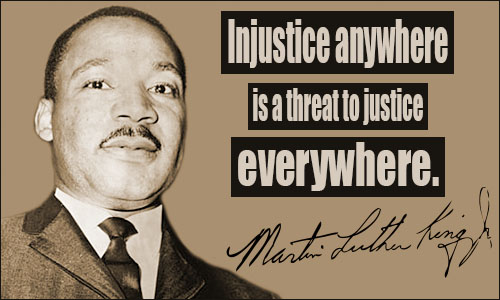 Ultimately a genuine leader is not a searcher for consensus, but a molder of consensus.

When a nation becomes obsessed with the guns of war, it loses its social perspective…. There is something about a war like this that makes people insensitive. It dulls the conscience. It strengthens the forces of reaction, and it brings into being bitterness and hatred and violence.

Every genuine expression of love grows out of a consistent and total surrender to God.

I understand that you have an economic system in America known as Capitalism. Through this economic system you have been able to do wonders. You have become the richest nation in the world, and you have built up the greatest system of production that history has ever known. All of this is marvelous, but Americans, there is the danger that you will misuse your Capitalism. I still contend that money can be the root of all evil. It can cause one to live a life of gross materialism. I am afraid that many among you are more concerned about making a living than making a life. You are prone to judge the success of your profession by the index of your salary and the size of the wheel base on your automobile, rather than the quality of your service to humanity.

One day we will learn that the heart can never be totally right when the head is totally wrong.

In our glorious fight for civil rights, we must guard against being fooled by false slogans, such as ‘right to work.’ It is a law to rob us of our civil rights and job rights. It is supported by Southern segregationists who are trying to keep us from achieving our civil rights and our right of equal job opportunity. Its purpose is to destroy labor unions and the freedom of collective bargaining by which unions have improved wages and working conditions of everyone. Wherever these laws have been passed, wages are lower, job opportunities are fewer and there are no civil rights. We do not intend to let them do this to us. We demand this fraud be stopped.

There is at the outset a very obvious and almost facile connection between the war in Vietnam and the struggle I, and others, have been waging in America. A few years ago there was a shining moment in that struggle. It seemed as if there was a real promise of hope for the poor — both black and white — through the poverty program. There were experiments, hopes, new beginnings. Then came the buildup in Vietnam, and I watched this program broken and eviscerated, as if it were some idle political plaything of a society gone mad on war, and I knew that America would never invest the necessary funds or energies in rehabilitation of its poor so long as adventures like Vietnam continued to draw men and skills and money like some demonic destructive suction tube.

The great military leaders of the past have gone, their empires have crumbled and burned to ashes. But the empire of Jesus, built solidly and majestically on the foundation of love, is still growing.

Why Central Banks Need to Step Up on Global Warming

Why Does No One Want Donald Trump’s Childhood Home?