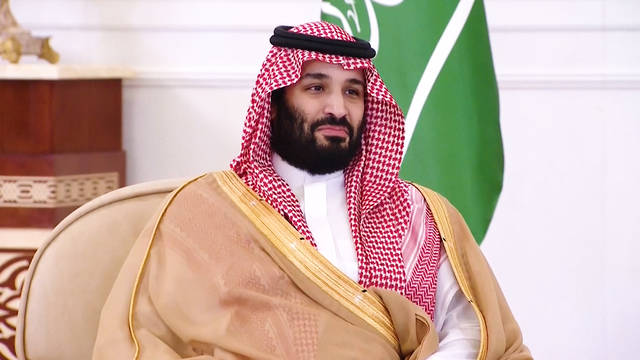 The U.S. Department of Justice has charged two former Twitter employees with helping Saudi Arabia spy on thousands of the kingdom’s critics. Ali Alzabarah and Ahmad Abouammo are accused of giving the Saudi government detailed information about users, including telephone numbers and email addresses linked to the accounts, as well as internet protocol addresses that could be used to identify a user’s location. The charges are being filed just over a year after the brutal murder of Saudi journalist and critic Jamal Khashoggi, who was killed inside the Saudi Consulate in Turkey. A new report by Human Rights Watch finds that one year after Khashoggi’s brutal murder Saudi Arabia continues to arbitrarily detain countless activists, regime critics and clerics. The report says there is a “darker reality” behind Crown Prince Mohammed bin Salman’s widely touted initiatives for Saudi women and youth, including mass arrests of women activists, some of whom have allegedly been sexually assaulted and tortured with electric shocks. We speak with Adam Coogle, Middle East researcher at Human Rights Watch.

The 10 Coolest Neighborhoods in Bangkok

Chagabi Etacore: The leader killed by contact with the outside world